Mondrian Brand Expands to Economic Capitals of Asia and Europe 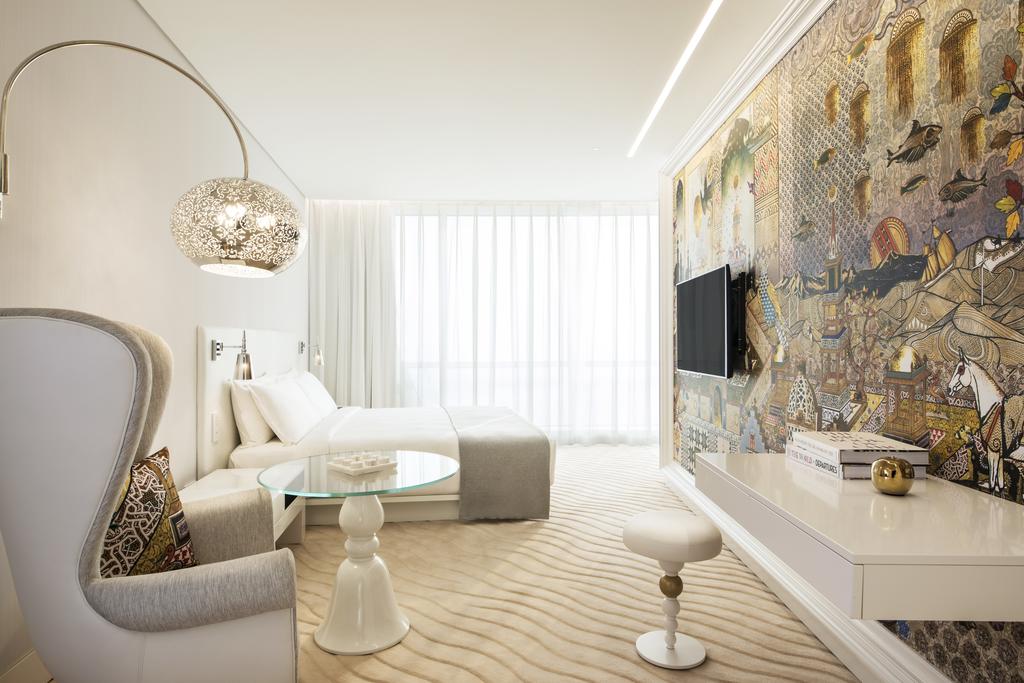 sbe, the leading international hospitality group that develops, manages and operates award-winning brands, and Accor announced the expansion of the Mondrian brand in Europe and first-ever location in Asia.

The new openings will be in Seoul, Bordeaux, and Cannes. Mondrian Bordeaux, Mondrian Cannes and Mondrian Seoul Itaewon, represent the continued strong expansion of the brand's international footprint and award-winning restaurants and lounges in collaboration with sbe partner Accor, including soon-to-be announced Mondrian properties in Australia, the Dominican Republic, Germany, the Maldives, New Zealand, Puerto Rico, Singapore, Thailand, and Vietnam. This is an important element of sbe's global expansion plan, which will encompass the addition of 50 new hotels nationally and internationally by the year 2021, of which 10 will be Mondrian hotels.

"I'm extremely proud we're bringing an iconic hotel brand like Mondrian to one of the fastest-growing economic capitals of Asia and two of Europe's most captivating destinations," said sbe Founder & CEO Sam Nazarian. "The expansion reflects our commitment to creating innovative, exclusive, and cutting-edge experiences for our customers and solidifying our global footprint in luxury hospitality. It's been an honor to collaborate with Yojin Construction on the incredible refurbishment of the Mondrian Seoul Itaewon, and we can't wait to showcase our premium offerings in Seoul's bustling Itaewon neighborhood. In developing the Mondrian Cannes and Mondrian Bordeaux properties, we are investing in the modern traveler, combining classic European design elements with groundbreaking lifestyle and leisure amenities."

"We are delighted with the successful globalization of sbe properties and very excited by the upcoming introductions of the iconic Mondrian brand within our key European, Middle East and Asia Pacific markets. Accor teams are aiming to expand further these extremely promising developments to other major gateway cities across the globe in the coming years", said Gaurav Bhushan, Accor Chief Development Officer.

The Mondrian's expansion into Asia and Europe comes on the heels of the brand's recently completed $19 million renovation of its flagship Los Angeles location and announced plans for Mexico City, with Mondrian Polanco Hotel & Residences set to debut in 2021 followed by Mondrian Del Valle in 2022. What was once a luxury boutique hotel in Los Angeles has now expanded to a global hotel brand, bringing its unique brand of glamour, groundbreaking design and progressive programming to some of the world's most culturally relevant cities, including Doha, Los Angeles, Mexico City, Miami, New York, Seoul, Cannes and Bordeaux.

Arriving in Q4 2020, Mondrian Bordeaux delivers the elegance of 19th-century architecture with the ambition and innovation of 21st-century luxury. The hotel, comprising 97 rooms over three floors, stands along the charming Girone estuary of the Garonne River. Steeped in Bordeaux's rich cultural history as a port city, Mondrian Bordeaux brings to bear classical European tastes with the modernist, contemporary feel.

Located in Seoul's Itaewon neighborhood, one of city's hottest nightlife areas, the 297-room hotel refurbishment project is being led by development partner Yojin Construction and will be managed by Accor. Surrounded by a cosmopolitan mix of restaurants, shopping and entertainment, Mondrian Seoul Itaewon will feature sbe's food and beverage brands including signature Mediterranean restaurant Cleo, multiple lobby and rooftop bars, a premium executive lounge, luxury spa facilities and Altitude pool terrace bar. The property is being redesigned by award winning Singapore-based interior design company Asylum. The hotel is scheduled to open in the second quarter of 2020.