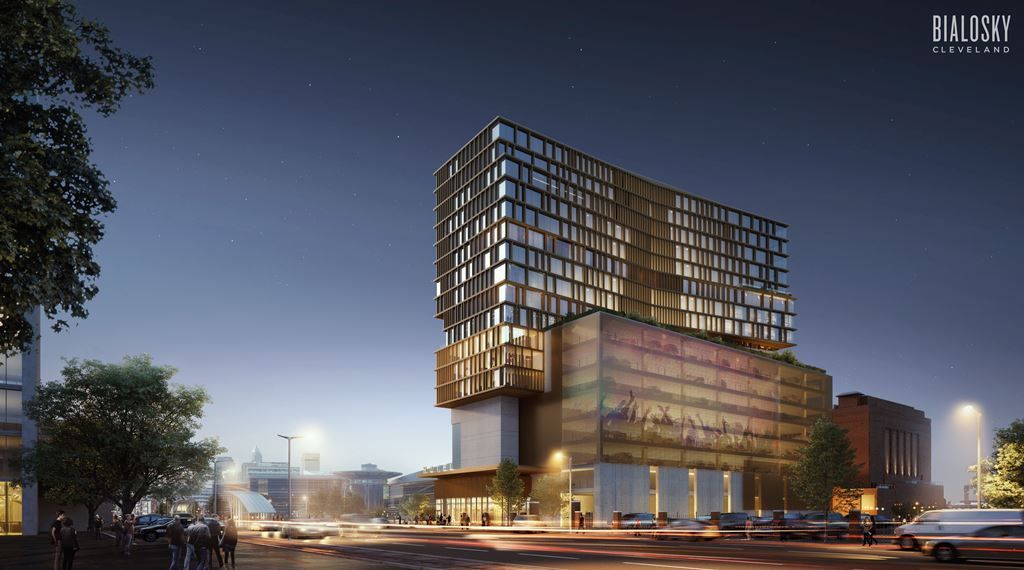 Set to open in 2022, Dream Cleveland is part of a larger development housed within the city’s historic Masonic Temple and situated atop the new TempleLive music venue on Euclid Avenue. When complete, the project will feature a 207-room lifestyle hotel with chic and stylish, well-appointed guest rooms and suites and multiple dining and nightlife venues, as well as a fitness center, 100,000 square feet of meeting and event space and on-site parking deck for 400 vehicles, all adjacent to the elegant and historical 2,300-seat theater in Cleveland’s Masonic Temple.

The signing of Dream Cleveland with developers Beaty Capital Group marks an exciting new chapter in the continued growth and expansion of the company and its namesake lifestyle brand Dream Hotels.

"Today’s announcement is a testament to the strength of our brands and growing confidence in the travel industry despite these unprecedented times,” said Dream Hotel Group CEO Jay Stein. “Cleveland is the birthplace of rock and roll, and much like the Dream Hotels brand, it is a city marked by a youthful, vibrant energy, creative spirit and burgeoning arts and culture scene that many aren’t yet aware of. Together, with partners Beaty Capital Group, our goal is to deliver an experience-driven property that surpasses expectations, blending great food and beverage, creative programming, entertainment and world-class hospitality, in the heart of Midtown Cleveland.”

“It is exciting to look beyond this recent period of anxiety and uncertainty to bring such an iconic project to Midtown Cleveland, “ said Beaty Capital Group Inc. President, Lance Beaty. “As you could imagine the project has been delayed by recent events, but we feel that it’s important for the City of Cleveland, the live music and performing arts, the hospitality industry, and the country as a whole to re-gain confidence and move forward with our lives. We believe this announcement today is an exciting and positive step in that direction.”

The Masonic Temple is located in Midtown Cleveland at 3615 Euclid Ave. just east of Playhouse Square and near the Cleveland State University Campus. Erected in 1921 and the original residence of the Cleveland Orchestra, the venue has been host to various performing arts productions and live music events over the years all while serving as the home to the Masons. Most recently hosting performers such as MGMT, Bastille, Fitz and the Tantrums, The 1975, Pixies, Kirk Franklin, Joe Rogan, Ghost, Leon Bridges and Sturgill Simpson.

“We’re thrilled to welcome Dream Cleveland to the rapidly growing list of world class destinations in Midtown Cleveland,” said Jeff Epstein, Executive Director of Midtown Cleveland. “Over the last decade we’ve seen hundreds of millions of dollars of investment into new offices, apartments, concert venues, museums, gourmet food markets, and restaurants in our dynamic neighborhood and we are excited to see this catalytic project breathe new life into a historic building.”

TempleLive, a company originating out of Fort Smith, Arkansas is breathing new life into one of Cleveland’s most mysterious and oldest landmarks to open up the doors for the public.

Mike Brown, Vice President of Operations for TempleLive Cleveland, said, “The Cleveland Masonic Temple fits in very nicely from a routing standpoint with our other venues and provides both fans and artists with an exceptional venue to experience live performances in a beautiful historical setting.” Brown also stated that “TempleLive Cleveland will enhance the existing private event and banquet options available at the Cleveland Masonic Temple by adding additional banquet staff, equipment, and expanded catering options.”

The iconic seven-story building, which contains approximately 226,000 square feet of space, was designed by architects Hubbell and Benes, a prominent Cleveland architecture firm of the period. A number of their works, including Wade Park and The Cleveland Museum of Arts, are listed on the National Register of Historic Places.

Local architectural firm Bialosky is the designer and executive architect working closely with general contractor Cleveland Construction, and did the initial stabilization and preservation work on the building in 2018. Bialosky’s striking design of the new hotel and parking lot structure adjacent to the existing Masonic Temple evolved from a simple hotel bar elevated above the adjacent historic structure, the design of the building draws inspiration from the collective energy of the crowds that will fuel performers at the Masonic Auditorium. A series of small undulations in the form and articulation of the façade create a dynamic presence, while the bend in the bar and slight shift of the mass at strategic locations work to define outdoor spaces with direct and unobstructed views of Downtown, Cleveland Clinic, University Circle, and Lake Erie.

“We feel that adding a unique product like a Dream Hotel to the historic elegance of the Masonic Temple is truly an exciting project that we are proud to be a part of,” said Cleveland Construction, Inc. Vice President Dan Dietrich.

The Cushman & Wakefield Global Hospitality Team of Daniel MacDonnell and George Qiao are representing Beaty Capital Group on the project positioning and construction financing.  “This is a rare opportunity to assist in the development of a world class project that seamlessly blends together the exceptional talents of the Dream Hotel Group with Beaty Capital Group” said Mr. MacDonnell, a Senior Managing Director at Cushman and Wakefield, Inc. “The finished property will be one of the top integrated entertainment-lodging venues in the country. As the overall market continues to recover, exceptional projects such as Dream Cleveland, will garner a high level of investor interest and lead the hospitality business into the future.”

Construction is expected to begin in early 2021. When complete, Dream Cleveland and its distinctly iconic architecture will introduce a new and refreshing lifestyle hotel to the region and a welcome addition to the Cleveland city skyline.

With 16 hotels open today and another 25 locations in various stages of development worldwide, Dream Hotel Group remains one of the fastest growing independent lifestyle hotel companies in the world.