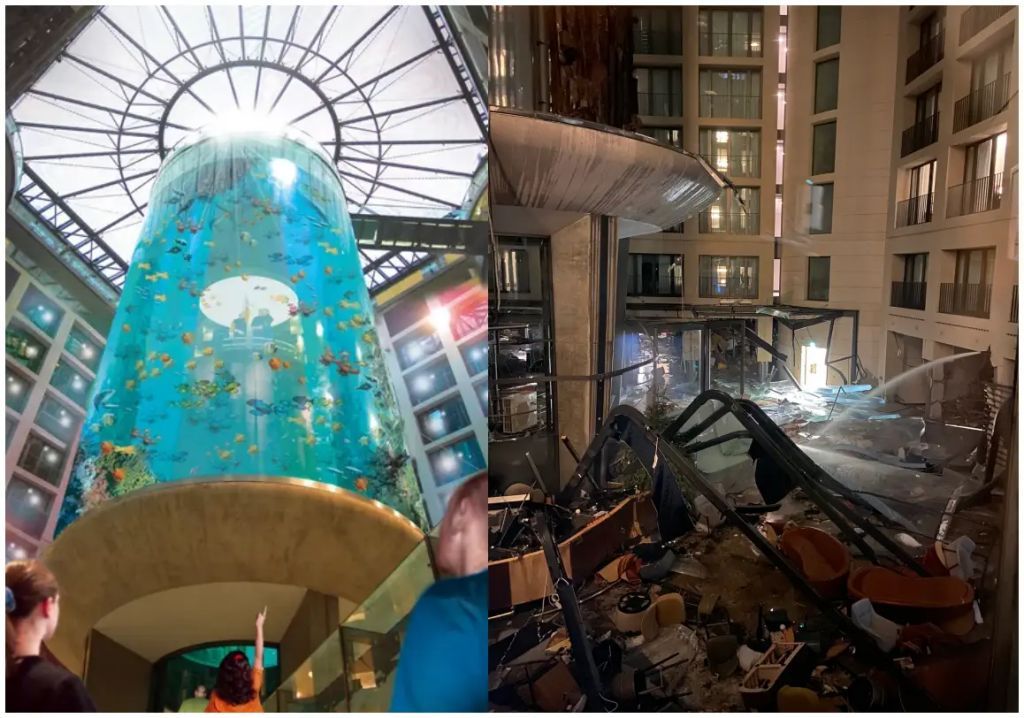 The world’s largest freestanding aquarium in Berlin’s Radisson hotel burst on Friday morning, causing extensive damage and spilling thousands of gallons of water onto nearby streets.

Police spokesman Martin Stralau said at least one person was slightly injured, and initial investigations indicate the incident was possibly an accident.

The AquaDom, which contained over 1,500 fish, was located in the lobby of the luxury hotel.

The hotel’s lobby and entrance were heavily damaged, and hundreds of fish were dead.

Hotel guests told local media they were woken up by a loud noise at around 5:45 a.m. (0445 GMT) and came out to see huge damage in the lobby.

It remains unclear what caused the massive tank to explode and flood the building’s basement.​​​​​​​

"Due to the recently reported incident in regards to the AquaDom, SEA LIFE Berlin is unfortunately temporarily closed", says the official page of the Berlin attraction.