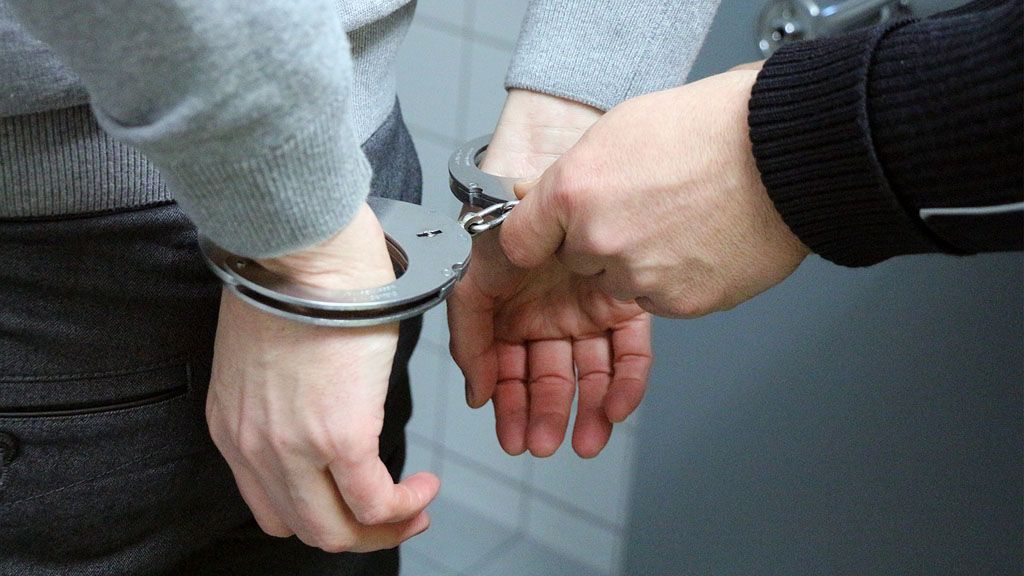 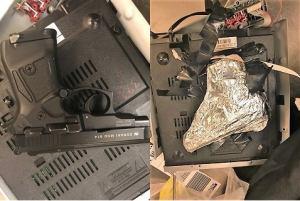 The man’s checked bag triggered an alarm in the security scanning equipment and the bag was pulled aside and opened to resolve the alarm. TSA officers spotted a DVD player inside the checked bag. Upon further inspection, TSA officers detected a 9 mm handgun wrapped in aluminum foil that was artfully concealed inside the DVD player. The gun was not loaded.

TSA officials notified Port Authority Police of the discovery of the concealed weapon. Police tracked down the man, a resident of Elmhurst, New York, who was at the gate waiting for his flight to Mexico. Instead of catching his flight, the man was arrested and charged with weapons violations.

A Monroe County, New York, man was stopped after Transportation Security Administration officers at Greater Rochester International Airport (ROC) stopped him from bringing a loaded handgun onto an airplane on Tuesday, April 16. It marked the first gun caught at the airport’s checkpoint so far this year.

TSA officers, who spotted the gun in the checkpoint X-ray machine, contacted the Monroe County Sheriff’s Department, which arrived at the checkpoint, confiscated the gun and detained the man, a resident of Honeoye Falls, New York, for questioning. The man was carrying a .45-caliber handgun loaded with five bullets.

Nationwide last year, 4,239 firearms were discovered in carry-on bags at checkpoints across the country, averaging about 11.6 firearms per day, approximately a 7% increase nationally in firearm discoveries from the total of 3,957 detected in 2017. Eighty-six percent of firearms detected at checkpoints last year were loaded and nearly 34% had a bullet in the chamber.

As a reminder, individuals who bring firearms to the checkpoint are subject to possible criminal charges from law enforcement. Even travelers with concealed firearm permits are not allowed to bring guns onto airplanes. In addition, TSA has the authority to assess civil penalties of up to $13,000 for weapons violations. A typical first offense for carrying a handgun into a checkpoint is $3,900. The complete list of penalties is posted online.

TSA’s website has details on how to properly travel with a firearm. Airlines may have additional requirements for traveling with firearms and ammunition. Travelers should also contact their airline regarding firearm and ammunition carriage policies.