Boeing’s turbulent journey is not over yet 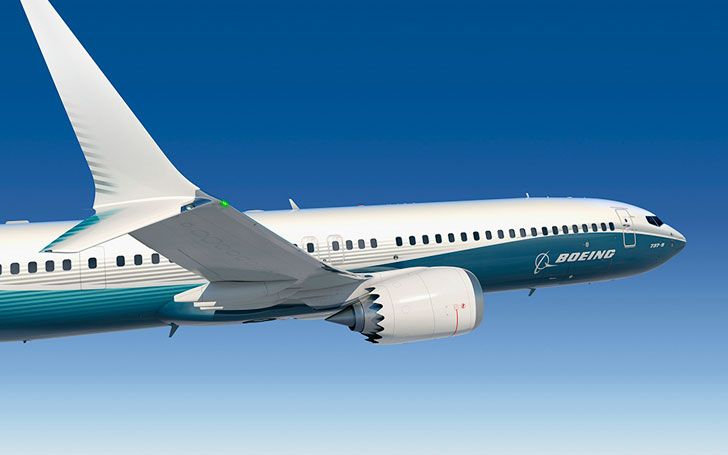 Ever since the grounding of 737 MAX started, the overall sentiments for The Boeing Co (Boeing) has been on a declining trajectory for three straight quarters in 2019.

It is according to a leading data and analytics company; GlobalData. GlobalData’s Company Filing Analytics platform, which analyzes and showcases sentiments across companies and sectors by scanning through earning transcripts and filing documents, finds Boeing’s overall sentiment score continued to decline since the first quarter (Q1) of 2019 through Q3 2019.

Following the fatal crash of Boeing 737 aircraft of Ethiopian Airlines in March 2019 and Lion Air in October 2018, the aircraft has been grounded by several global airlines. The cause of the crash was believed to be MAX's new automated Maneuvering Characteristics Augmentation System (MCAS).

Aurojyoti Bose, Lead Analyst at GlobalData, says: “While the company’s prime focus is on achieving Federal Aviation Administration (FAA) airworthiness certification for 737 MAX and bringing it back to service at the earliest, negative news headlines may prolong the process. It will also make it tough to win back the trust of its customers.”

For instance, in October 2019, news broke about a former Boeing senior test pilot raising concerns about 737 MAX’s MCAS by exchanging instant messages with another employee way back in 2016. 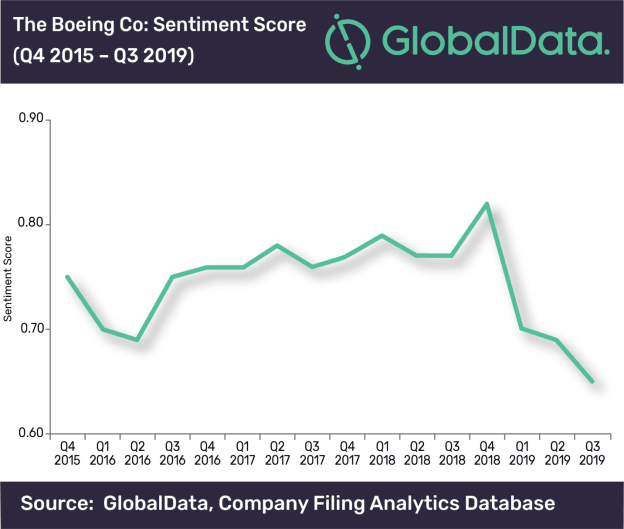 Boeing’s revenue declined by 6.5% in Q3 2019 as compared to Q2 2019 (revenue including 737 MAX charge of US$5.6bn) primarily due to lower commercial airplane deliveries, which went down from 90 in the second quarter to 62 in the third quarter.

The company will not be able to deliver completed 737 aircraft until it receives regulatory approval and consequently it announced reduction in production rate of its 737 aircraft in April 2019. Trade war resulting in fall in orders from China is also primarily affecting the company’s wide-body production plans with the company intending to reduce production of its 787 aircraft.

Due to lower advance payments and withheld deliveries, working capital pressure is also mounting on Boeing and is likely to continue until deliveries resume for 737 MAX. On the other hand, while the company’s debt level has been increasing, its negative shareholder equity is a more serious concern.

Boeing is also party to several legal suits filed after the crashes. In August 2019, Russia-based aircraft leasing company Avia filed a lawsuit seeking refund of US$35bn deposit with interest from Boeing in addition to compensation for lost profits.

Bose concludes: “With favorable industry outlook and demand for new aircrafts expected to grow, it would be interesting to see when Boeing is able to come out of these turbulent times and see the clear sky.”