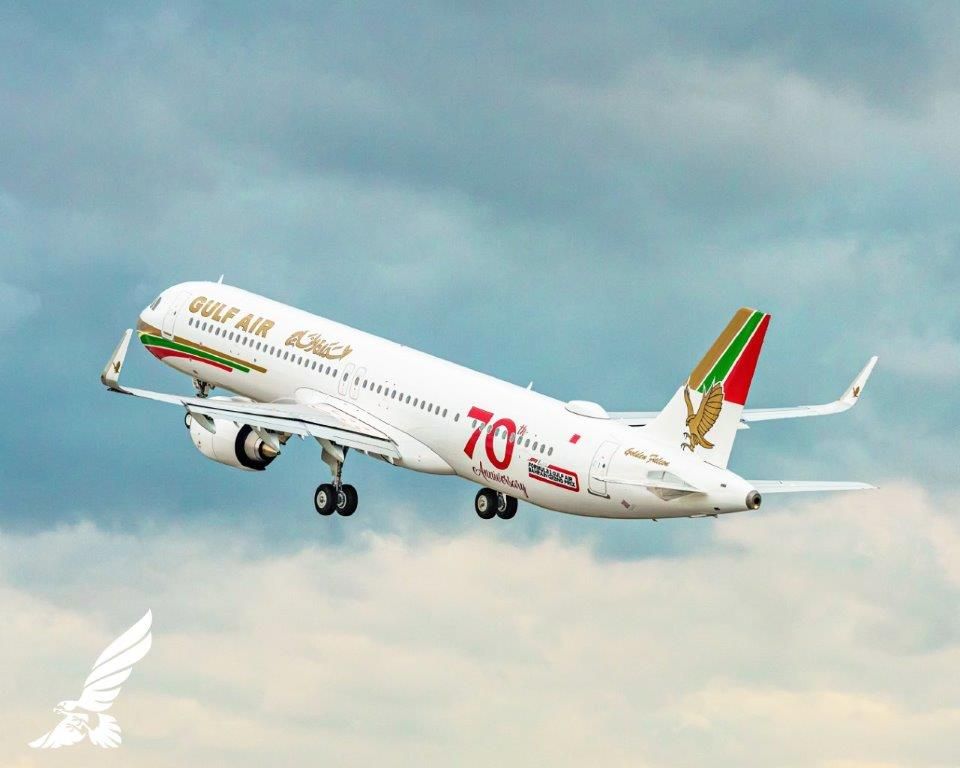 Gulf Air, the national carrier of the Kingdom of Bahrain, announces that it will resume its direct operations to and from Colombo’s Bandaranaike International Airport with two weekly flights starting from 15 February 2021 on its new Airbus A320neo aircraft.

Gulf Air has been operating direct flights between the Kingdom of Bahrain and Sri Lanka since 1981 and it is one of the airline’s main destinations in the Indian Sub-continent region.

Being one of the few airlines that never stopped flying in 2020, Gulf Air continuously works closely with the government authorities across its network to resume operations as demand for travel grows. Gulf Air boasts a flexible and agile network by immediately adapting to government guidelines and civil aviation directives and has been responsive to continuous changes and updates.

Gulf Air welcomed its new Airbus A321neoLR on February 5. The aircraft is designed with the special 70th anniversary Golden Falcon livery which showcases the airline’s iconic and vintage design from the last century with a revamped look. Following its delivery from the Airbus delivery centre in Hamburg, Germany, the aircraft will operate long-haul European routes as well as a selection of GCC destinations. The aircraft is the second of the 17 A321neo aircraft order which includes 8 that are equipped with flat-bed seats. Gulf Air was the first airline in the Middle East to introduce fully flat-beds on this aircraft type.

The new aircraft premieres 16 new flat-bed Falcon Gold seats and 150 economy class seats, further solidifying the commitment that Gulf Air has in being the boutique airline of the Middle East. All seats are equipped with latest in-flight entertainment technology and in-seat comfort features that are practical and user-friendly for every passenger.

The aircraft boasts the essence of the overall boutique experience with the opportunity to provide more personalized service, cosier cabin and faster process of boarding and disembarking.

The new aircraft will also be equipped with wireless internet connection (WiFi) as the airline continues to offer the best in class service to passengers flying on its young fleet.

As the airline expands its network to further places and include new destination to its growing network map, it keeps elevating the service level with more appealing products and facilities to make journeys on Gulf Air more comfortable and enjoyable.

Gulf Air’s A321neoLR is powered by CFM LEAP-1A engines and it is the largest and most advanced A320 family aircraft.

Featuring the widest single aisle cabin in the market, the A321neoLR is also more eco-friendly than other types of the same size and it delivers up to 20% fuel burn reduction per seat, up to 14% lower cash operating costs per seat and 50% noise reduction.

Updates are constantly added on gulfair.com/covid19 including travel advice, network and new health and safety procedures.