Electric Flying in the Netherlands Feasible by 2026 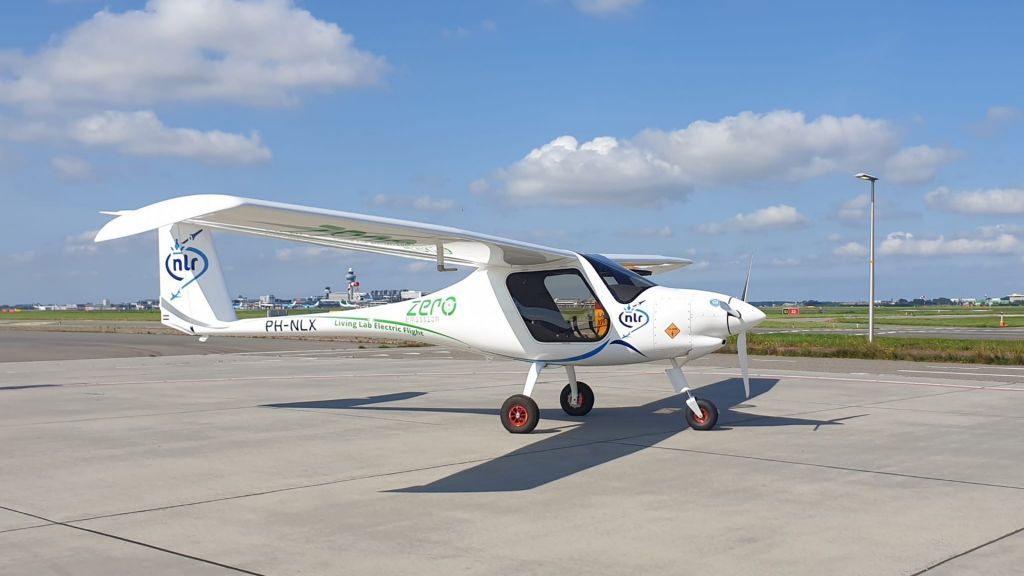 It is feasible to electrify small-scale aviation in the Netherlands on short distances. The first nine-passenger electric aircraft could be certified and available on the short-haul market by 2026, bringing more sustainable aviation an important step further.

This is the outcome of a study by NACO/Royal HaskoningDHV and Royal NLR commissioned by the Ministry of Infrastructure and Water Management. The study was recently presented to the House of Representatives.

If policy remains unchanged, the share of global CO2 emissions from aviation could increase from 2% to more than 20% by 20501. In the Luchtvaartnota2 (aviation memorandum), the Netherlands has set ambitions for sustainable aviation, including the goal to fully electrify commercial short-haul aviation by 2050.

The ministry asked NACO and NLR to draw up a roadmap for the implementation of electric flying in the Kingdom of the Netherlands. The study is the first to give integrated attention to the aviation ecosystem of stakeholders and all technical, logistical, energy and financial aspects that play a role in the design of electric aviation. For example, the availability of the devices and batteries, the layout and logistics at the airports, charging technology, (renewable) energy facilities and costs were examined.

The study mentions several challenges. On the aircraft side, these include developing batteries, certifying new aircraft and scaling up production to meet demand. On the ground, these are adapting the infrastructure and legislation and regulations, setting up sustainable energy sources and answering to the peak in energy demand during charging. Despite the challenges, the researchers support the conclusion that it will be possible in the foreseeable future for electrically powered aircraft, with a capacity of up to 19 passengers on routes up to 200 km, to structurally take over the role of traditional aviation. This offers and possibly also additional opportunities for regional aviation. This offers additional opportunities for regional aviation.

Only at the beginning

Esther Kromhout, director of NACO (Netherlands Airport Consultants, part of Royal HaskoningDHV): “Our study makes a valuable contribution to the discussion about the future of electric flying and its role in making aviation more sustainable. The roadmap shows what is possible in the near future (2026-2030) based on current technical developments. It is a realistic scenario that becomes feasible when the stakeholders actively seek cooperation with each other. We are only at the beginning; this is a small but important piece in the larger puzzle of the global transition to zero emissions and truly sustainable aviation. These are all topics that we deal with on a daily basis.”

“With our fully electric Pipistrel Velis Electro, we have already shown that electric flying is possible. At the moment, this only applies to small aircraft and over short distances," adds Martin Nagelsmit, head of the Sustainability and Environment department at Royal NLR (Netherlands Aerospace Centre).

“The challenges also lie on the ground and in policy and legislation, as we now experience almost every day. In addition to electric flying, even more is needed to make aviation more sustainable. There is not one holy grail that solves the climate impact caused by the current generation of aircraft. To adequately tackle the entire spectrum, we must focus on various solutions, such as hydrogen propulsion, sustainable fuels and even more efficient aircraft and operations.”

The study used the flight schedule between Aruba, Bonaire and Curaçao as an example to make the impact of the introduction of electric flying quantifiable, in terms of infrastructure, energy demand and costs. The study provides insight into both the investments and the operational costs of converting commercial air traffic between the three islands in three phases: first start small in 2026, and then reduce the air traffic (as measured in 2019) by 50% in 2030 and 100% to be fully electric by 2035. With the knowledge gained from this study, the possibilities in other places, in the Netherlands and in the Kingdom, can also be mapped out.

The study can be found at https://www.rijksoverheid.nl/documents/kamerstukken/2022/02/18/aanbod-masterplan-elektrisch-vliegen

1 IPCC, 2014: Climate Change 2014: Synthesis Report. Contribution of Working Groups I, II and III to the Fifth Assessment Report of the Intergovernmental Panel on Climate Change