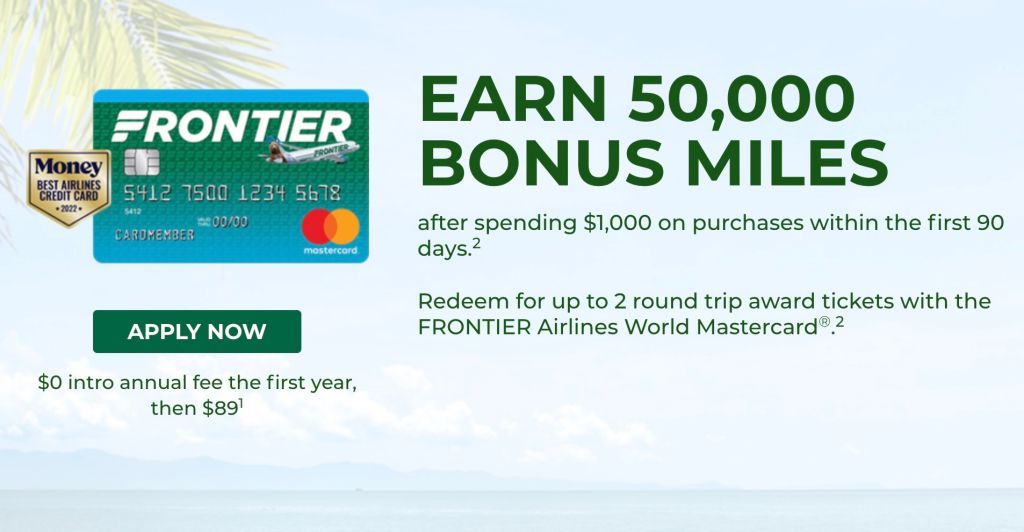 The five new card choices, made from recycled plastic, feature threatened or endangered animal species. Frontier is dedicated to highlighting the plight surrounding threatened and endangered animals in North America and are also featured on every Frontier aircraft tail with a name and special backstory.

New cardmembers can pick one of the below animals to appear on their card:

As part of the program launch, consumers who are approved for a new FRONTIER Airlines World Mastercard® can earn 50,000 bonus miles after qualifying activity.

"We are excited to now feature some of our most beloved aircraft animal tails on the award-winning FRONTIER Airlines World Mastercard," said Tyri Squyres, Frontier’s vice president of marketing.

"We are proud of our plane tails, which are not only adored by our customers but serve an important purpose in highlighting threatened and endangered species. The FRONTIER Airlines World Mastercard, which was named Money.com’s Best Travel Rewards Card for 2022, just got even better!"

"Barclays is proud to support Frontier’s sustainability efforts and jointly develop programs that cardmembers love and continue to build loyalty for the brand," said Kristyn Forrester, managing director, airline partnerships, Barclays. "As we approach peak travel season, we believe that the new customizable credit cards highlighting threatened and endangered animal species will prove to be a popular choice among cardmembers as they make future travel plans."