ITA Airways Adds Airbus A220 to Its Fleet 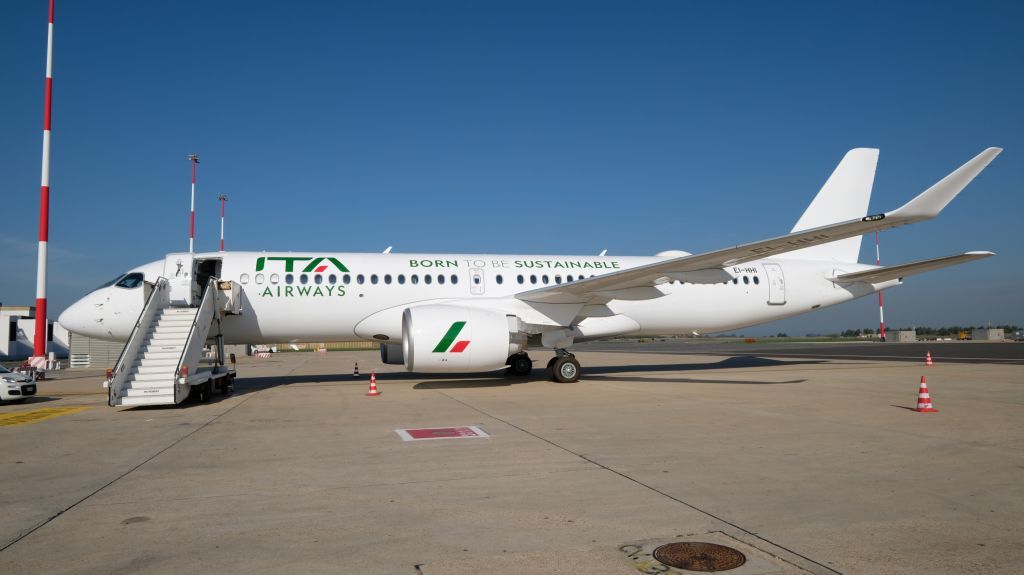 From October 16, the new A220 will serve the short-haul routes of ITA Airways' domestic and international network from Rome Fiumicino and Milano Linate to Genoa, Turin, Naples, Geneva, Zurich and Munich.

The new Airbus A220-300 will be performing its first commercial flight tomorrow when the AZ 1383 will depart Rome Fiumicino at 9:10 am local time to land in Genoa’s Cristoforo Colombo airport at 10:15 am local time.

The new small single-aisle aircraft joining the ITA Airways fleet features the exclusive Company’s white livery with ‘Born To Be Sustainable’ claim, which debuted on the flagship Airbus A350 aircraft in June and represents an additional step in ITA Airways commitment to sustainability.

The two A220 entering operation on Sunday October 16, are the first out of four A220s that will go into operation and will help ITA Airways to become Europe's greenest carrier with 80 percent of new generation aircraft in the fleet by 2026.

The introduction of the Airbus A220 will enable the company to offer a modern, environment-friendly fleet featuring cutting-edge technology with the aim of reducing CO2 emissions by 1,300 tonnes over the 2022-2026 plan timeframe.

The new A220 will serve the short-haul routes in the Company’s network from Rome Fiumicino and Milano Linate to destinations in Italy and Europe, including Genoa, Turin, Naples, Geneva, Zurich and Munich.

The Airbus A220 is a very efficient single-aisle aircraft and will enable the airline to benefit from a 25 percent reduction in fuel consumption and CO2 emissions per passenger compared to the previous generation. It is lighter, quieter, with benchmark levels of on-board comfort.

Bringing together state-of-the-art aerodynamics, latest-generation technologies, and engines, the A220 is perfectly sized for the domestic and European market and features a range of up to 3,450nm (6,390km).

Based on a clean-sheet design, the A220 incorporates advanced materials for a lighter and more cost-efficient aircraft. It features a low drag nose and tailcone design, and optimised wing aerodynamics. An efficient Pratt & Whitney PurePower PW1500G latest generation engine optimizes range and payload for greater efficiency.

ITA Airways is proud to add four Airbus A220 to its fleet - with the first two ones entering service tomorrow and the other two joining in the upcoming weeks. With the introduction of the new A220, the Company’s fleet will include 67 Airbus aircraft.