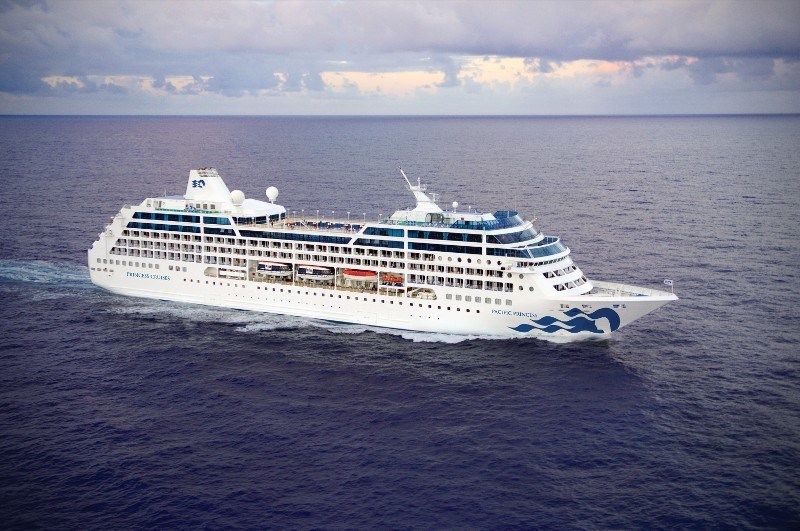 Princess Cruises announced the sale of Pacific Princess to an undisclosed buyer. The sale of the cruise ship is in line with parent company Carnival Corporation’s plan to accelerate the removal of less efficient ships from its fleet.

Pacific Princess first joined the cruise line’s fleet in 2002, and originally entered service in 1999 as R3 for Renaissance Cruises. The boutique-style ship offered an intimate cruising environment, with a total of just 670 passengers, but incorporated many of the dining and entertainment options available on the cruise line’s larger cruise vessels.

Beloved by many loyal Princess guests, Pacific Princess sailed more than 1.6 Million nautical miles, 11 World Cruises and offered distinctive itineraries to sought-after destinations all over the world. In fact, The Love Boat’s “Captain Stubing” and Princess Cruises Ambassador Gavin MacLeod was on the ship’s navigation bridge as the ship sailed under the Golden Gate Bridge for the first time to kick off the inaugural season sailing to Alaska from San Francisco in May 2003.

“Pacific Princess holds so many memories and cherished experiences to all who sailed upon her,” said Jan Swartz, Princess Cruises president.

“Pacific Princess offered a traditional style of cruising to unique destinations. While it’s difficult to say goodbye to our ‘Love Boat,’ our World Cruise and exotic itineraries continue onboard our Medallion Class-enabled Island Princess and Coral Princess, featuring the best Wi-Fi at sea, allowing guests to keep in touch with loved ones and share vacation memories along the way.”

Another historic moment for Pacific Princess was sailing a throwback cruise, recreating the cruise line’s very first itinerary to the iconic Mexican Riviera in celebration of the 50th anniversary of Princess Cruises on December 3, 2015. Attending this special cruise included the cast of “The Love Boat,” - Gavin MacLeod (Captain Stubing), Fred Grandy (Gopher, the chief purser), Ted Lange (Isaac, the bartender), Bernie Kopell (Doc, the ship’s doctor), Lauren Tewes (cruise director, Julie) and Jill Whelan (Vicki, the captain’s daughter). Together with the guests, they celebrated the role the show played in Princess Cruises’ five-decade-long history introducing the cruise line – and cruise vacations – to millions of people around the world.

Guests with bookings will be notified, and along with their travel advisors, will receive information on how to book another Princess Cruise when operations resume. Guests who prefer a refund will be accommodated.