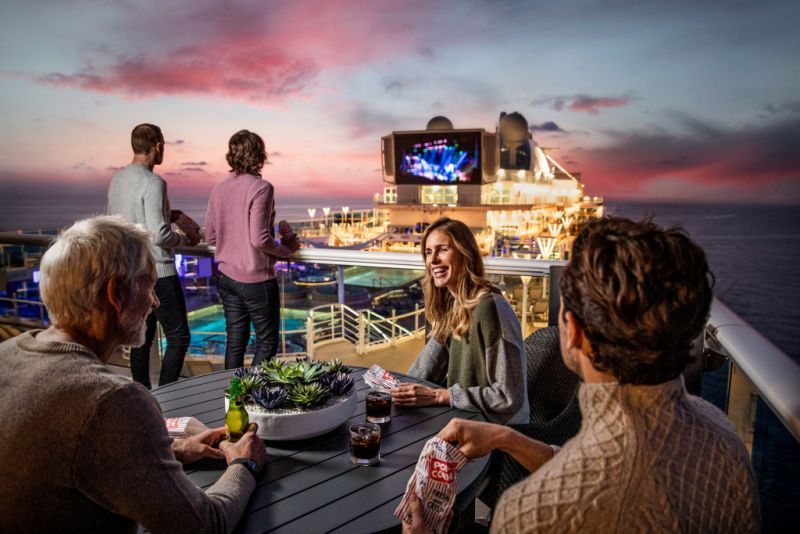 In fewer than 200 days, the newest Princess Cruises ship – Discovery Princess – will debut at the Port of Los Angeles in spring 2022, for an inaugural season of Mexican Riviera and California Coast cruises.

Enjoy 270-degree sweeping views from the largest balconies at sea, unwind in ultimate comfort at The Sanctuary and indulge in world-class dining options from Michelin-star chefs. Princess Live Entertainment presents spectacular new productions that can only be seen in the state-of-the-art Princess Theater.

The Sky Suites feature the cruise line’s largest balconies at sea which comes with exclusive amenities, attentive service and a dedicated Suite Experience Manager. Crowning the heights of the ship, each Sky Suite hosts up to five guests, offering a 270-degree panorama. Complementing the exquisitely appointed interior living spaces, a luxuriously furnished over 1,000-square-foot balcony – the largest at sea – allows guests to relax privately or host their own celebrations or catered events.

Princess Cruises has also unveiled Dine My Way, another flexible MedallionClass enhancement that makes it easy for guests to pre-plan and tailor their dining experiences, and pairs with the revolutionary OceanNow® on demand service to offer the ultimate in onboard dining flexibility and convenience.

Discovery Princess is being built by Italian shipbuilder Fincantieri and can carry 3,660 guests. Captain Gennaro Arma will officially bring the ship into service from the shipyard in Monfalcone, Italy, joined at the launch by an experienced team of executive officers, including Chief Engineer Vincenzo Alfi, Staff Captain Alessandro Genzo and Hotel General Manager Richard Harry.

When Captain Arma is on leave, Captain John Smith will take over the navigation and leadership of Discovery Princess and serve together with Chief Engineer Tomislav Ljoka, Staff Captain Petar Lesic and Hotel General Manager Jasper Wolthuis.

Captain Gennaro Arma began his career with Princess Cruises in 1998 as a Cadet and moved up the ranks achieving his first command as Captain of Sea Princess in 2015, where he navigated the ship on two world cruises. He took the helm of Diamond Princess in 2018 and in 2020, led his team of “gladiators” through unchartered territory managing the COVID-19 virus onboard at the start of the global pandemic. As a result of his efforts, he was honored with the recognition of Commander of the Order of Merit of the Italian Republic, the highest of the orders of the Italian Republic, and selected among the 20 most influential Italian characters of the year by Vanity Fair in December 2020. He was born in Sorrento, Italy, where he lives with his wife Mariana and his son Diego.