Travelers Exposed to Measles at US Airports 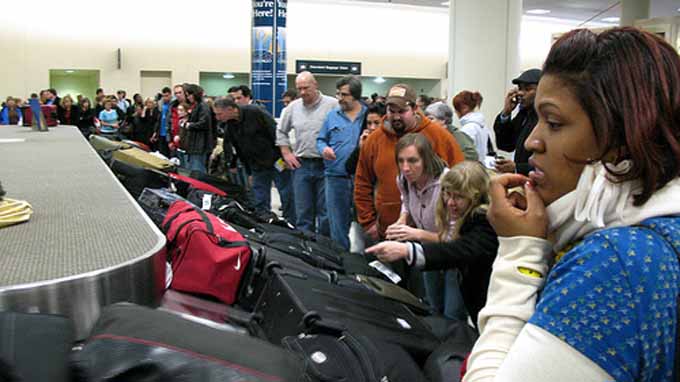 As the holiday travel already started in the United States, health officials are warning travelers of possible measles exposure at five U.S. airports.

Health department officials in Chicago, Austin, Texas, and Richmond, Virginia have issued new warnings about potential measles exposures at locations including airports. All appear tied to one traveler who visited all three airports.

The unidentified traveler, who is believed to have contracted the disease while traveling in Europe in late November, visited the Austin-Bergstrom International Airport in Austin, Texas last week.

“That individual became ill on December the 14th and developed a rash on December the 17th. On that same day, December 17th, he boarded a flight from Austin to Chicago, United Flight 790, with a connecting flight to Virginia,” says Dr. Mark Escott, Interim Health Authority for Austin Public Health.

Worldwide more than 140,000 people died from measles in 2018, according to new estimates from the World Health Organization (WHO) and the United States Centers for Diseases Control and Prevention (CDC). These deaths occurred as measles cases surged globally, amidst devastating outbreaks in all regions.

Most deaths were among children under 5 years of age. Babies and very young children are at greatest risk from measles infections, with potential complications including pneumonia and encephalitis (a swelling of the brain), as well as lifelong disability - permanent brain damage, blindness or hearing loss.

Recently published evidence shows that contracting the measles virus can have further long-term health impacts, with the virus damaging the immune system’s memory for months or even years following infection. This ‘immune amnesia’ leaves survivors vulnerable to other potentially deadly diseases, like influenza or severe diarrhoea, by harming the body’s immune defenses.

“The fact that any child dies from a vaccine-preventable disease like measles is frankly an outrage and a collective failure to protect the world’s most vulnerable children,” said Dr. Tedros Adhanom Ghebreysus, Director-General of the World Health Organization. “To save lives, we must ensure everyone can benefit from vaccines - which means investing in immunization and quality health care as a right for all.”

Measles is preventable through vaccination. However, vaccination rates globally have stagnated for almost a decade. WHO and UNICEF estimate that 86% of children globally received the first dose of measles vaccine through their country’s routine vaccination services in 2018, and fewer than 70% received the second recommended dose.

Worldwide, coverage with measles vaccine is not adequate to prevent outbreaks.

This year, the United States reported its highest number of cases in 25 years, while four countries in Europe - Albania, Czechia, Greece and the United Kingdom – lost their measles elimination status in 2018 following protracted outbreaks of the disease. This happens if measles re-enters a country after it has been declared eliminated, and if transmission is sustained continuously in the country for more than a year.