World Airports are on Alert as Coronavirus Spreads from China 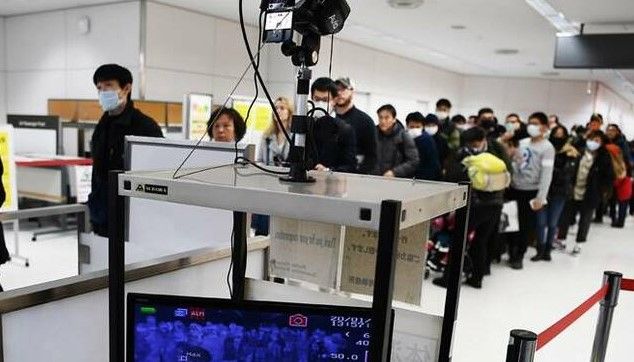 As China’s official death total climbed to 17, the epicenter of the coronavirus outbreak - the city of Wuhan shuts down all its public transportation systems as well as airports and train stations on Thursday.

While the world's most populous country battled the spread of the new virus that has sickened hundreds of people and killed 17, the World Health Organization emergency committee will discuss on Thursday whether to declare the outbreak a global health emergency.

The 17 deaths were all in Hubei province, where the outbreak emerged in the provincial capital of Wuhan late last month. Wuhan authorities said the province has confirmed 444 cases, which would bring the national total to more than 500.

With millions of people expected to travel around the Lunar New Year holidays, which kicked off on Monday, health authorities fear the spread of the virus could accelerate. Countries, including the United States, are screening passengers arriving from Wuhan for symptoms of the infection, including cough, fever, and shortness of breath, and informing travelers about the signs of the virus to encourage them to seek out medical care if they become sick.

Britain on Wednesday warned all of its citizens against travel to China’s Wuhan city due to the novel coronavirus pandemic. “In light of the latest medical information, including reports of some person-to-person transmission, and the Chinese authorities’ own advice, we are now advising against all but essential travel to Wuhan,” British Foreign and Commonwealth Office said in a statement.

North Korea has temporarily shut down its borders with China as a precaution after the outbreak of the virus.

The new virus comes from the same family as the SARS virus that hit mainland China and Hong Kong in 2003, leading to nearly 800 deaths.