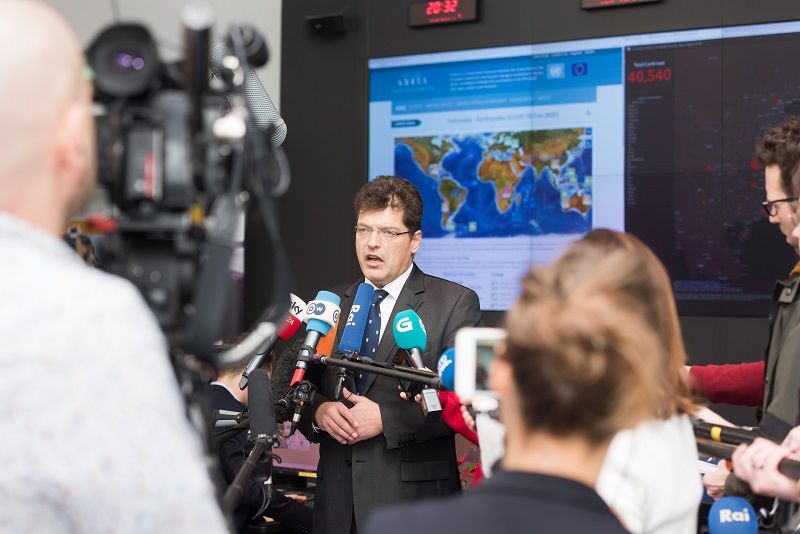 The European Commission continues to work on all fronts to tackle the Coronavirus outbreak. Commissioner for Crisis Management Janez Lenarčič announced the latest developments.

Speaking from the EU's Emergency Response Coordination Centre, Janez Lenarčič said: “As the Coronavirus outbreak affects more and more countries, coordination and cooperation need to be our main focus. Now is the time to join forces in order to stop this epidemic. It is crucial that the entire international community focus on preparedness and response efforts to fight coronavirus, keeping international solidarity in mind.”

In the latest developments, 95 EU citizens were among those repatriated from Wuhan China on Monday, thanks to a UK flight. The Commission is co-financing, through the EU Civil Protection Mechanism, the costs to transport the EU citizens from the United Kingdom to their respective Member States (Austria, Belgium, Denmark, France, Germany, Greece, Ireland, Italy, Luxembourg, the Netherlands, Romania and Sweden). UK citizens had previously been flown out of Wuhan on a French flight on 2 February.

With the activation of the EU Civil Protection Mechanism by France in late January, 558 people, including 447 EU citizens, were already flown in from the Wuhan region on three flights that were co-financed by the EU – two organised by France and one by Germany - on 31 January and 2 February 2020.

The EU's Emergency Response Coordination Centre is liaising with all EU Member States to facilitate the delivery of needed personal protective equipment to China, in addition to the 12 tonnes already mobilised by Member States on 1 February as an immediate response.

The EU also announced on 31 January 2020 that it is providing €10 million from its research and innovation programme, Horizon 2020, to support research into the new Coronavirus disease. The European Centre for Disease Control (ECDC) is closely monitoring the evolution of the outbreak.