Four Seasons to Open A Luxury Hotel in Saudi Arabia 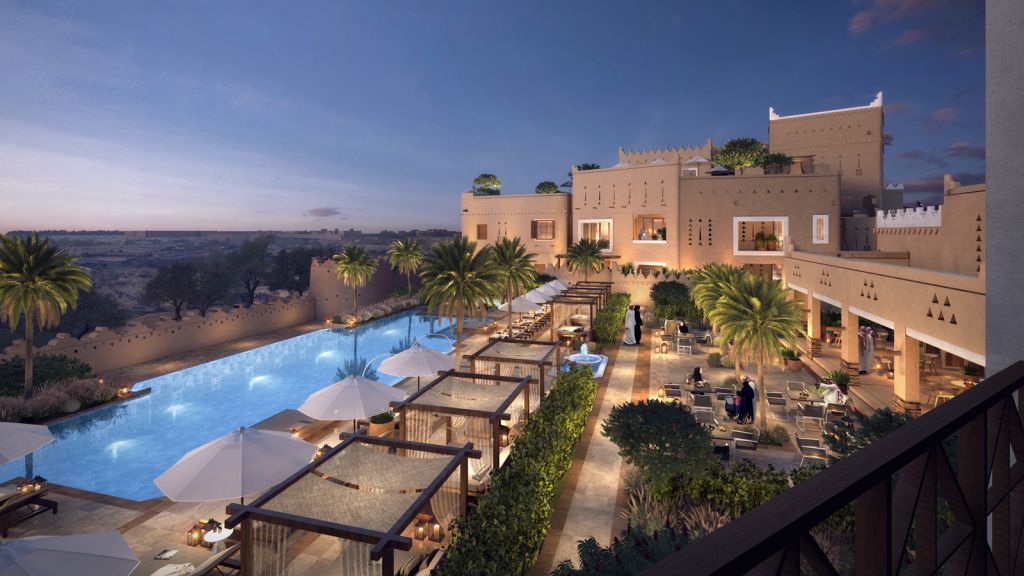 A 300-year-old site located just outside of Riyadh, Diriyah is considered to be the birthplace of the Kingdom and the capital of the first Saudi state. The area is home to the UNESCO World Heritage Site, At-Turaif, the valley and lush palm groves of Wadi Hanifah, and will soon include the Diriyah development – an acclaimed project that pays homage to the history of Saudi Arabia. Located 15 minutes from the centre of Riyadh, Diriyah will comprise 13 unique districts inclusive of residences, hospitality offerings, office space, retail, museums, cultural institutions, outdoor attractions and more. The development is a key driver of the Kingdom’s Saudi Vision 2030.

Jerry Inzerillo, Group CEO of Diriyah Gate Development Authority commented, “It is a delight to be partnering with Four Seasons. Renowned for their unforgettable guest experiences, Four Seasons is working alongside DGDA to elevate what travellers can experience within Diriyah, showcasing their timeless approach to hospitality whilst staying true to Diriyah’s rich cultural past. We are excited to share further developments on this project in the coming months.”

The Diriyah development will become one of the Middle East’s most walkable, pedestrianized cities, and upon completion will be the world’s largest cultural and heritage site. It has been designed to honour the heritage of the area with traditional Najdi architectural design principles, including low-rise, compact and organic architecture, rooftop terraces, decorated doors, and large courtyards. Each district within the development will be highly walkable with easy connections to the sights and attractions within the area.

“Diriyah is an exceptional project that speaks to the tremendous growth and economic development in the region, while remaining deeply rooted in the destination’s historic and cultural past,” says Bart Carnahan, President, Global Business Development and Portfolio Management, Four Seasons Hotels and Resorts.

“Saudi Arabia is an important growth market for Four Seasons, and we are proud to be part of Diriyah’s exciting future. We look forward to partnering with DGDA to bring the Four Seasons luxury experience to life within this iconic, landmark development.”

The Hotel will be located adjacent to Diriyah’s culturally rooted district along the Wadi Hanifah escarpment, with incredible views towards the west and the UNESCO World Heritage Site, At-Turaif. Inspired by local tradition, the Hotel design will have a unique aesthetic that is being developed by leading design architects Aedas and Elastik interior designers.