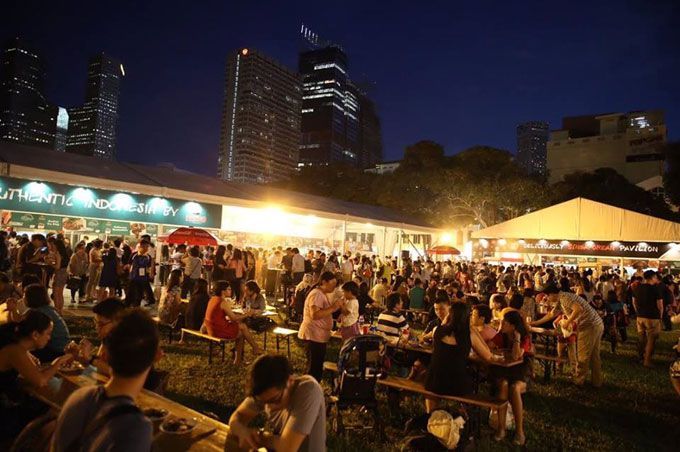 Following the success of the inaugural World Street Food Congress (WSFC) in 2013, organizers returned with the 2nd edition of WSFC which is kicked off on April 8, 2015. With the continued support of the Singapore Tourism Board (STB), the second instalment of the WSFC2015 takes place from 8th to 12th April 2015 at the open field opposite Parco Bugis, at the intersection of Rochor Road and North Bridge Road (directly above the Bugis MRT station).

Organised by Makansutra, this year’s event will see the launch of a Dialogue-Hackathon, a first of its kind in the world that aims to connect and foster fresh ideas, encouraging thought-leadership to structure new opportunities in this massive world street food industry.

23 stalls from 12 cities and a food truck run by US Top Chef winner will be featured at the World Street Food Jamboree.

Ms Ranita Sundramoorthy, Director, Attractions, Dining and Retail, STB, says, “With hawker centres dotted island-wide, Singapore has a rich street food heritage that must be preserved. Singapore Tourism Board (STB) is thus delighted to support the second edition of the World Street Food Congress. This event will not only serve up memorable flavours, it encourages intellectual discourse among street food aficionados and recognises the hard work of street food vendors world-wide. Over time, we hope the World Street Food Congress will raise the profile of the street food trade and establish itself as a key event in our dining calendar.”