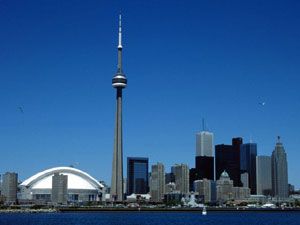 Toronto has won the bid to host the largest Chinese travel delegation to visit Canada, bringing an estimated 10,000 visitors and $80 million (CAD) in spending to the city.

Amway China and their top distributors will be in Toronto for their Leadership Seminar in 2020.

Tourism Toronto has been actively developing the bid over the past five years, with strong support from the Government of Ontario and the Government of Canada. The announcement was made shortly after the Amway leadership team met with Prime Minister Justin Trudeau in Beijing.

“Toronto was competing with some of the biggest destinations in the world for the Amway China bid, and we’re thrilled to have been selected,” said Johanne Bélanger, President and CEO of Tourism Toronto. “Toronto’s tourism industry is thriving, especially from overseas markets like China – and that benefits the city, the province and all of the businesses in the visitor economy.”

More than 321,000 Chinese travellers are projected to visit Toronto in 2017 – a 77 per cent increase over a five-year span. In 2017, Chinese visitors are forecast to spend $306 million, the first time the total spend has topped $300 million – the highest total from an overseas market.

“2020 will mark the 25thAnniversary Year for Amway China, and we’re thrilled to celebrate that milestone in Toronto,” said Angela Keung, Vice President of Sales, Amway Greater China Region. “Not only is Toronto an exceptional destination that is situated close to the Amway headquarters, this is also the first time a destination is working with us on our incentive plan – an exciting collaboration for both Toronto and Amway China.”

“National and international conventions are major economic drivers, and we look forward to welcoming Amway China in 2020. In 2015, convention delegates in Ontario generated $1.4 billion in spending and tourism generated over $32 billion in economic activity,” said the Honourable Eleanor McMahon, Minister of Tourism, Culture and Sport. “By choosing us to host their 25th Anniversary Leadership Seminar, Amway China is giving a nod to Toronto as a world-class city and demonstrating that Ontario is a competitive destination for significant conferences.”

“Attracting large travel groups like Amway China in 2020, showcases the long-term sustainability of Toronto as a top destination, and speaks volumes about Toronto’s strength as a global force in the tourism industry,” said Bélanger.