The Brussels Days in Washington and New York 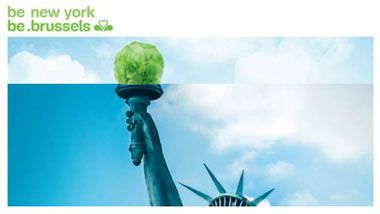 Held every year since 2006, in a different city, the Brussels Days took place in 2018 for the 13th time in New York and Washington.

A delegation from Brussels travelled to New York and Washington where they meet with local officials, tourism professionals and representative of companies.

The Brussels Days aim to promote everything the capital of Europe has to offer, in terms of tourism, investment, technology, professional support, etc.

Bilateral relations between the two countries are nothing new. The numbers speak for themselves. 150,000 employees in the United States depend on Belgian investors while American investments in Belgium generate 126,000 jobs. 22,000 Belgians live in the United States while 40,000 Americans live in Belgium. Brussels and Washington are part (with Dubai and Singapore) of the Global Association Hubs Partnership to collaborate in hosting international associative events.

In the field of tourism the figures are also eloquent. Numerous American tourists travel to the capital. No less than 403,326 overnight stays were recorded in 2017, an increase of 28% over the previous year. Whether for business tourism (45%) or leisure (55%), American visitors are keen to spend a few nights in the European capital. The American market is the 6th largest market in terms of tourism and represents 6% of overnight stays in Brussels.

The highlights of the Brussels Days
In Washington on Monday 21 May, Rudi Vervoort, the Minister-President of the Bruxelles-Capital Region and Secretary of State Cécile Jodogne took part in a marathon day of events including a conference organized by BI&E and the Belgian Embassy on the topic of “Scaling Up High Performance Buildings: Brussels and Washington leading the way toward more sustainable cities”, in conjunction with the World Resource Institute, and ”Seamless Smart Mobility in Transatlantic Cities”, a seminar on smart mobility in conjunction with the German Marshall Fund and Brussels International. At noon, there was a business lunch organized by BI&E on the theme Digitalization in the European Public Sector. Business Opportunities in the Capital of Europe”.

The day ended with a MICE and leisure workshop organized by visit.brussels and a “walking
dinner” at the residence of the Belgian Ambassador. A number of companies and official American representatives were also invited. Over 120 people flocked to the ambassador’s residence.

Tuesday 22 May, selected people from the Region met Rachid Madrane, the Minister of the
Wallonie-Brussels Region in charge of promoting Brussels, at the event. He had already taken part in the talk “The Belgian Aesthetic and the Power of Visual Storytelling” a meeting between the famous Brussels photographer Pierre Debusschere and the New Yorker Katharine Zarella organized by MAD Brussels.

During the afternoon, in random fashion, several meetings put the Brussels calendar in sync with New York’s: A live animation on THE LOT RADIO in Brooklyn, simulcast on KIOSK RADIO in Brussels, with the Brussels band STIKSTOF, a visit to the New York offices of the FBI (the
Minister-President has taken on more powers over security since 2014), a lunch by the Secretary of State with the “site selectors”at the residence of the Belgian consul general in New York, Madame Cathy Buggenhout, a visit to the Godiva flagship store on Rockefeller Plaza, and finally a seminar on MICE and leisure organized by visit.brussels at the Novotel Time Square.

The evening ended at this hotel with a Networking Event that paired Brussels gastronomy with
handcrafted beers. Over 300 people took part in the various events that day.

On Wednesday 23 May, after an Invest breakfast “The Algorithm Economy”, a MAD Fashion Business Trip workshop and a workshop between the Brussels and New York authorities on a skills exchange regarding passive construction, the winners of the Ice Box Challenge were announced.

Since 21 April, two hermetically sealed containers, each containing a ton of ice, had been standing at the crossroads of Broadway and 40th Street One of these ice boxes was made using classic construction methods and the other a passive method. The results were undeniable: When the containers were opened on 23 May, the “classic” container still held 7% of the ice originally placed in it while the passive container had 42%. The public had been invited to vote on them to win gifts from Brussels, such as a Godiva gift box, tastings of Brussels beers at BXL Zoute, a Brussels restaurant on 22nd Street in New York, a shared bicycle subscription and, of course, a trip to Brussels!

To end these Brussels Days, an exclusive party was held in the prestigious setting of the Irving Plaza. Entitled “Beats by Brussels”, it featured the Brussels rappers Veence Hanao and STIKSTOF and the young New York rapper, Young M.A. Over 500 people came to the Irving Plaza, filling it to the brim for the occasion.

Lastly, some meetings of note took place on Thursday 24 May: a talk on the theme “Scaling up High Performance Buildings: Brussels and New York lead the Way toward more Sustainable Cities”, the New York version of the event organized on 21 May in Washington, a MAD workshop, a lunch with the partners of the Ice Box Challenge and a visit to a passive house on Roosevelt Island.

This tightly packed programme allowed the visitors from Brussels to forge some strong links in the key areas around the regional capital. Brussels Days 2018 were organized by visit.brussels, Brussels International and Brussels Invest & Export with the unconditional support of Rudi Vervoort, Minister-President of the Bruxelles-Capital Region, Guy Vanhengel, Brussels Minister of Foreign Affairs, Rachid Madrane, Minister of the Wallonie-Bruxelles Federation in charge of promoting Brussels, and Cécile Jodogne, Brussels Secretary of State for foreign trade.

Make a date for 2019 for the next Brussels Days. This will be the occasion for the people of Brussels to sell the region to the Spanish public and professionals. Madrid has in fact been chosen as the setting for the 2019 Brussels Days.