Christchurch is a fantastic choice for your next event 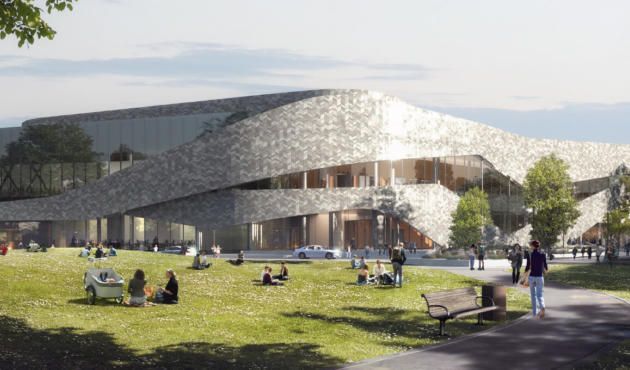 Representatives from Te Pae Christchurch, in partnership with Tourism New Zealand and with support from ChristchurchNZ, are representing the city at a number of major international conference and tourism events over the coming weeks, including IMEX America in Las Vegas and the Association Forum’s Going Global Summit in Chicago.

General manager Ross Steele says exhibitions like IMEX, the ICCA workshop, and the AuSAE conference provide the opportunity to promote Christchurch to a number of key industry players – including buyers from the local events community, as well as those based overseas.

“When it comes to showcasing Te Pae Christchurch at events like these, our message is very clear and simple: Christchurch is a fantastic choice for your next event. With a spectacular new convention centre at the heart of a dynamic, regenerating city Christchurch is quickly becoming an attractive destination for industry delegates and conference associations.”

Mr Steele says IMEX America is a significant trade show for Te Pae Christchurch in particular. The large-scale event not only provides an opportunity to promote the new, world-class convention centre to the North American conventions market, it also provides a platform to introduce Te Pae Christchurch to buyers from across the world. “By exhibiting at IMEX America, we meet decision-makers with real buying power in one of the largest meetings markets in the world,” Mr Steele says.

“More than 6,000 qualified buyers from all industry sectors visit IMEX to plan and book everything from high-level incentives to huge association conventions – it’s a huge event and we’re extremely excited to be ­there alongside Tourism New Zealand.”

Mr Steele says the North American region is a priority market for Christchurch given New Zealand’s close ties with the USA and Canada. “The North American conventions market offers considerable business and tourism opportunity for the city – attracting high-value international visitors to the region during non-peak periods,” he says.

Representatives of international conferences and conventions will also be attending the exclusive ICCA workshop, at which Te Pae Christchurch is present for the first time. Te Pae Christchurch is hosting a New Zealand-based client, Professor Norman Williamson, a board member for the World Association for Buiatrics (WAB) – World Buiatrics Congress at the invitation-only event.

“There are 15 key decision-makers for international and Asia Pacific conventions attending the workshop – representing conferences with the potential to bring more than 12,000 delegates to Christchurch,” Mr Steele says.

“The ability to work in close collaboration with New Zealand committee and congress members, as well as Tourism New Zealand and ChristchurchNZ, to introduce Te Pae Christchurch in this sort of setting is crucial to building awareness in international and Asia Pacific markets.”

The organisation’s presence at the Australasian Society of Association Executives (AuSAE) LINC 19 Conference and Exhibition reaffirms the strong commitment it is making to the Australasian market. The event brings together more than 100 senior leaders from New Zealand and Australian not-for-profit and corporate sectors.

“We’ve recently appointed two new business development managers, who will be supported by the Tourism New Zealand and Conventions and Incentives New Zealand teams based in Sydney, to help manage our trans-Tasman partnerships and increase our presence in Australia,” Mr Steele says.

Mr Steele says he is confident the new convention centre will attract strong interest from local and international buyers over the coming months as the Christchurch-based team increases its activity and builds Te Pae Christchurch’s profile across key convention markets.