For many proud Latinx Americans across the nation, Hispanic Heritage Month is a time to reflect on the centuries of positive impact from Hispanic immigrants. Now more than ever, as the national spotlight shines on issues of immigration and diversity, Unity Coalition | Coalición Unida (UC | CU) showcases the creative contributions of LGBTQ Latinos during Hispanic Heritage Month.

Since 2002, UC | CU has advanced equality and fairness for LGBTQ Hispanics and other disenfranchised groups through education, leadership and awareness. The Celebrate Orgullo festival has showcased LGBT causes every year during Hispanic Heritage Month, since 2011. 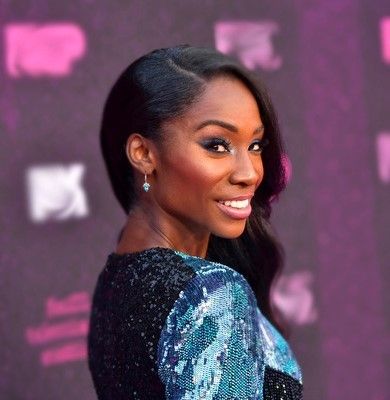 This year’s annual gala for Celebrate Orgullo features Angelica Ross, the star of Pose and American Horror Story 1984. She will be honored in Miami with the 2019 Trailblazer Award on October 12 at the Art of Fashion Gala. This year’s Gala takes place at the Patricia & Phillip Frost Art Museum FIU, site of "Art after Stonewall, 1969-1989." The groundbreaking exhibition honors the 50th anniversary of the Stonewall Uprisings, making major headlines and national acclaim.

Angelica Ross is part of television history, starring in FX’s hit show Pose alongside the largest transgender cast ever for a series. With her new starring role in American Horror Story 1984, she makes history again as the first trans performer to star in two series roles. Ross is the Founder and CEO of TransTech Social Enterprises, helping to employ transgender people in the tech industry. Ross brought LGBTQ-specific issues to the forefront of the 2020 presidential election when she was chosen to host the Presidential Candidate Forum on LGBTQ Issues, featuring the ten leading presidential candidates.

The Art of Fashion Gala will be a tour de force of LGBTQ artists and designers, featuring rising stars who are Hispanic including: Bo Khasamarina, Chloe Martini, Chaplin Tyler, Miguel Rodez, Ralf Vidal, and Juan Mantilla. This year’s recipient of the Volunteer of the Year Award at the Gala will be local activist Melba De Leon. Her love for the community and passion to help others will be recognized and celebrated.

"Our 9th annual Celebrate Orgullo Festival celebrates the art of fashion, honoring the LGBT designers and artists that push on towards equality for all," said Herb Sosa, CEO of Coalition | Coalición Unida. "As we honor this year the 50th anniversary of the Stonewall Uprisings, we reflect on the contributions of Silvia Rivera and Marsha P. Johnson, pioneers who symbolize the heart and soul of our mission. The marches on the streets and on the runways continue today because we are still not equal. Because we are still attacked, beaten and killed for who and how we love. This year’s events carry the torch of creativity forward, for the future generations of LGBT creatives who will continue to impact our culture."

Celebrate Orgullo’s events have been curated throughout Miami’s arts communities, featuring insider access to queer artists and behind the scenes tours of creative enclaves that are off the beaten path. Many of the artists featured during Celebrate Orgullo fuse art with fashion in ways that are singular to LGBTQ creative influencers throughout history.

THE ART OF FASHION GALA

The Diva Dolls will be exhibited and up for auction at the Art of Fashion Gala on Oct. 12 at the Frost Art Museum FIU, site of the national exhibition “Art after Stonewall.”