Africa and Routes Discussed by Alain St.Ange at Routes Africa 2019 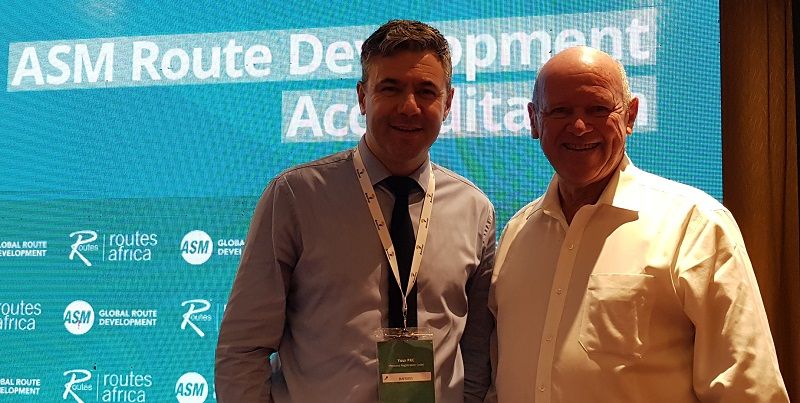 Alain St.Ange, the Seychelles former Minister of Tourism, Civil Aviation, Ports and Marine, is in Mombasa as a delegate invited for Routes Africa 2019.

St. Ange took the stage yesterday alongside Tony Griffith, the Senior Vice President Consulting at ASM, and as usual, he spoke from the heart making points for the betterment of aviation and tourism.

The need for political will was highlighted and for the continent's accredited bodies to stand by the side of African Member States starting with the African Union, IATA AFRICA, AFRAA and the African Tourism Board.

St.Ange's points were discussed overnight and earlier this morning in a meeting with Steven Small, the Director of Routes, the point was made and agreed that a meeting is needed between Routes, African Union (AU), African Tourism Board (ATB), IATA Africa and AFRAA.

Africa needs a coordination planning meeting in its opening of the air space, routes development and in so doing help tourism to rewrite its own narrative for Africa by Africa.

Steven Small of Routes has said he sees the need for such a meeting to be called and plans to followup.