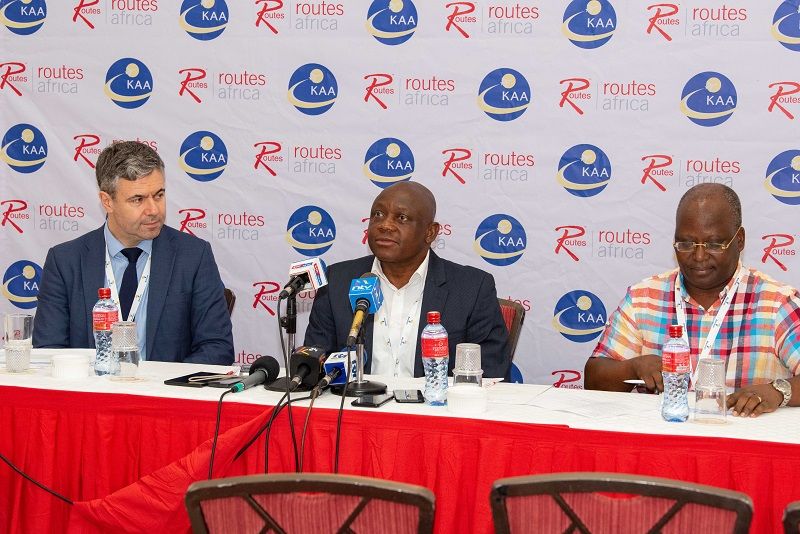 Hosted by Kenya Airports Authority (KAA), Routes Africa 2019 will play a pivotal role in supporting growth in air services and stimulating economic development across the region.

Speaking during a media briefing at the event, Alex Gitari, Ag. Managing Director & Chief Executive, KAA said: “Over the last two years, we have been implementing an ambitious strategy to deal with one of the key challenges also facing the aviation sector in the continent namely, expansion and improvement of capacity at our main airports. Routes Africa is of prime importance, not only to Kenya Airports Authority but to our nation and the region at large. The aviation industry plays a critical role in Kenya’s development agenda.”

Steven Small, brand director of Routes, said: “Over 5% of Kenya’s GDP is generated through tourism, which is both stimulated and supported by the aviation industry. Routes Africa 2019 comes at an exciting time for Kenya Airports Authority. I am delighted so many leading airlines are present to witness the considerable investment that has been undertaken, by the team, to facilitate this increasing market demand.”

Raphael Kuuchi, Vice President, Africa, IATA, added: “Routes Africa is critical to the development of air services on the continent and these forums have made a real impact on the region. Kenya is the top three aviation markets in Africa where growth is forecast to be the strongest over the next two decades but if the full potential of the industry in Africa is to be realised, airspace in the region needs to be liberalised.”

Routes Africa brings together 250 decision-makers from airlines, airports, governments and tourism authorities to plan new flights and strengthen existing routes. The excitement in the African aviation market is reflected in the high-level airline attendance at the event. Airline CEOs and senior network planners from the region’s leading airlines including Air Zimbabwe, Egyptair, Emirates, and Uganda Airlines will look to hear new route opportunities.

The conference programme sees top-level speakers discussing the factors driving change, presenting challenges and offering opportunities for the African aviation market. Vuyani Jarana, Former CEO of South African Airways; Allan Kilavuka, Chief Executive & Managing Director of Jambojet; and Raphael Kuuchi, VP of Africa, IATA are amongst the industry influencers taking part in the conversations that will help set the commercial and political agenda for the aviation community for the coming year.