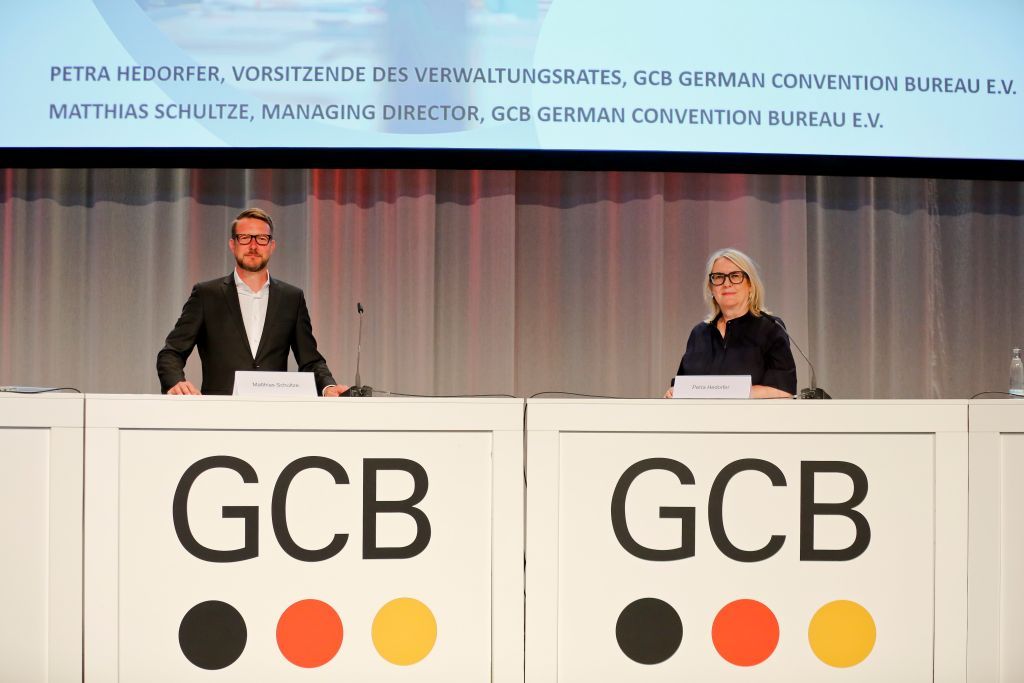 The GCB German Convention Bureau at its annual general meeting presented its post-corona recovery concept as well as the new marketing strategy “At the heart of future events – meetings made in Germany 2021+”.

“Overcoming the corona crisis requires resilience, constructive dialogues and new solutions. In this difficult phase, the GCB has supported its members with all of this,” comments Petra Hedorfer, CEO of the German National Tourist Board (GNTB) and chairwoman of the GCB supervisory board. “With its diverse competences in industry and science, Germany continues to offer ideal conditions as a destination for meetings and conferences. Through innovative and evidence-based marketing activities, the GCB also significantly contributes to the country’s future development as a destination for events.” The GCB’s strategy for the recovery of the German meetings and conference market shows what the concrete phases of this future could look like: The first phase since the beginning of the Covid-19 pandemic in March 2020 has been characterised by exchange of information, analysing the situation and first virtual formats. Now, face-to-face events are being organised as hybrid events with corresponding security and hygiene concepts and a focus on the domestic market. For the next phase, which could start in autumn 2020, a further increase in personal meetings, a step-by-step growth in attendee figures at face-to-face events as well as the gradual expansion of activities in European and subsequently also overseas markets are expected. In the long-term, the combination of analogue, hybrid and virtual formats could become a new standard.

Meetings made in Germany connect the world

The GCB’s new marketing strategy, which was presented to the GCB’s members by the organisation’s Managing Director Matthias Schultze, reflects the changes in the events world which have been accelerated by the corona pandemic. Using the motto “At the heart of future events”, it works with a twofold focus on personal meetings and digital interconnection. This requires, on the one hand, proven competences and new approaches for how the meetings and conference destination Germany as a host for millions of national and international guests can create inspiring personal encounters. On the other hand, technological know-how and a first-class infrastructure are needed to also be able to connect attendees in virtual spaces. “Only in combination with the ‘human touch’ and a dedicated focus on attendee demands can technological innovations really have that special effect which makes an event a lasting success,” explains Matthias Schultze. “Our new strategy is precisely about this synergy and has the potential to position Germany as a destination for meetings and conferences not only at the top but also ‘at the heart of future events’.”

Apart from presenting this strategic direction, two new members were appointed to the supervisory board at the GCB’s general meeting. Deutsche Lufthansa AG as the GCB’s strategic partner and founding member appointed Alexander Karst, Head of Sales Germany at Lufthansa Group, as a member of the GCB supervisory board. He follows Gabriela Ahrens, Senior Director Leisure Sales Home Markets at Deutsche Lufthansa, who is taking early retirement. The general meeting furthermore elected Thomas Wüthrich as a representative for the event agencies/PCOs/mode of transport division as a new supervisory board member. The Managing Director of MCI Deutschland succeeds Gerrit Jessen who resigned from the board at his own request due to a professional re-orientiation.