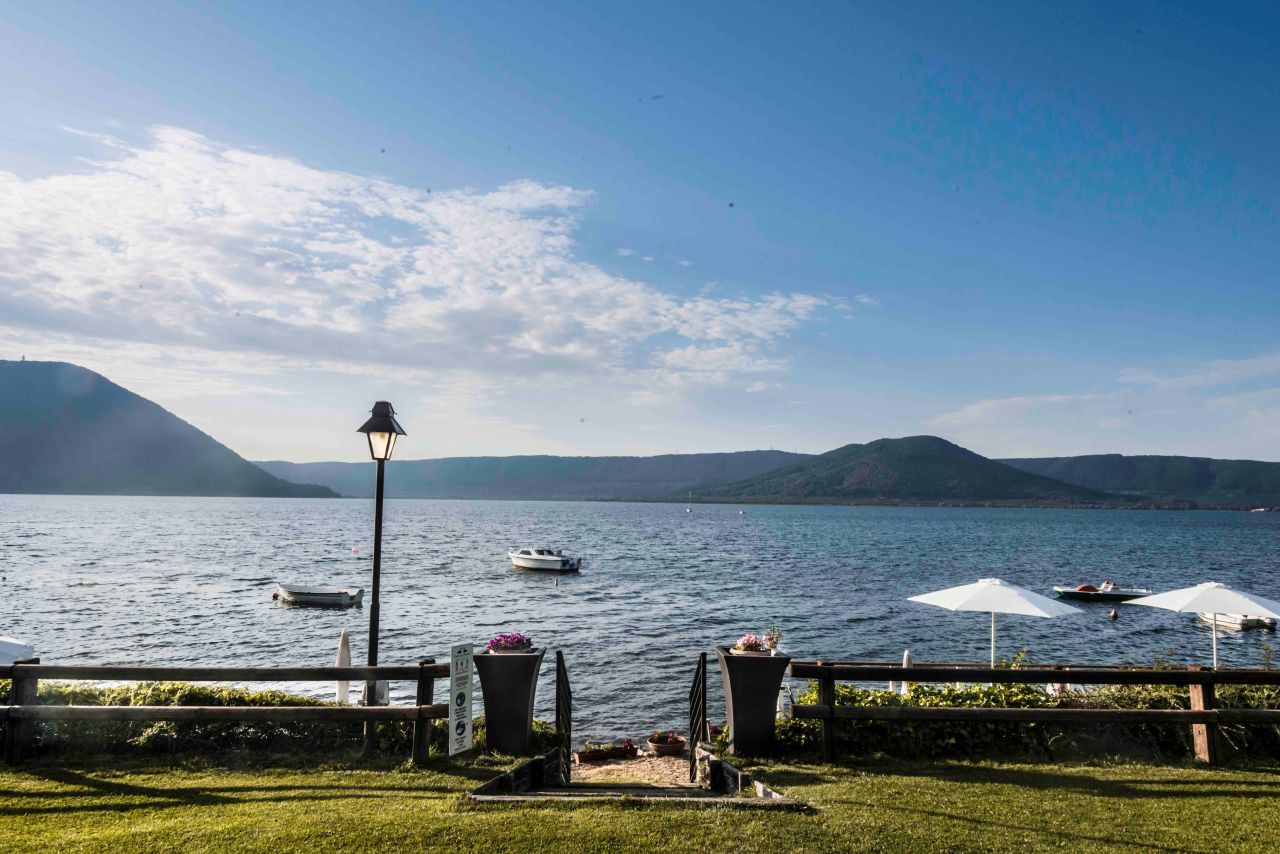 Designed and created by Daniela Corti Events under the patronage of ENIT (the Italian tourism board) in collaboration with Canadian Tour Operator Susan Barone of Luxury Weddings Worldwide and InStyle Vacations, the tour presented delegates territories with incredibly natural and historical resources: fairytale landscapes, luxurious villas open for both ceremonies and top tourism, ancient monuments of great charm.

In addition to ENIT, this itinerary was partnered by the Municipalities of Sutri and Ronciglione and sponsored by Tenuta Sant’Isidoro, Pomodoro Flagella and Fondazione Raponi. Furgoncino Tiffany and Limos Fast Track served as ground service partners. 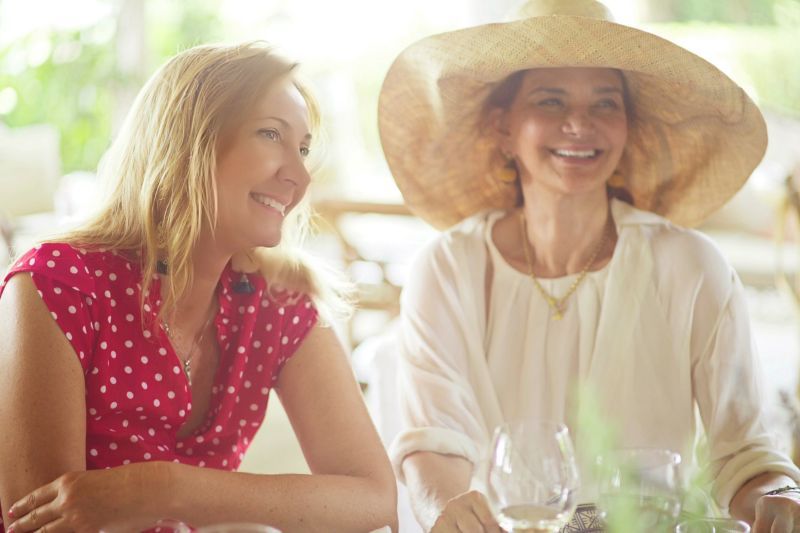 Daniela Corti said, "Tuscia is one of the most suggestive areas in Italy, where the alternation of medieval villages, perfectly landscaped castles, green hills, and ancient testimonies create a mosaic of unique and exciting colors and panoramas. Just think of the legacies of ancient Etruria, attracting tourists and not only history experts. I believe that Tuscia adds value to a wedding like few other places, and especially to foreigners looking for Italian atmospheres it can bring a breeding ground for emotions and an ideal background for the nuptial day».

This tour, like the previous one, aimed to show participants places and locations suitable for either weddings or international events, as well as to promote personal encounters with local excellences in every side of the industry, including the food &wine chain.

Ruspoli Castle in Vignanello looks today exactly as it looked in 1610 at the care of Ottavia Orsini, daughter of Vicino Orsini, creator of the suggestive Giardino di Bomarzo, one of the most acclaimed parterres of the seventeenth century: four avenues defining twelve lined and squared parterres of boxwood.

Relais Villa Lina, where part of the group was based, consists of 40 hectares of the organic estate, a Mediterranean paradise in which poets like Gregory Corso and Gabriele d’Annunzio were at home, further enhanced by an 18th-century bioenergetic garden and by monumental and wild plants that turn into gourmet food.

The Ancient Odescalchi Stables in Bracciano (Rome) is a late nineteenth-century facility immersed in a centuries-old park with breathtaking views of Lake Bracciano. The large garden offers colorful blooms all year round and the interiors comprise three large rooms connected by truly suggestive archery. On-site weddings with an authentic civil ceremony.

The Podere La Branda organic farm, the base for the rest of the group, on the slopes of Mount Fogliano, 10 km from Lake Vico, offers organic products, outdoor activities, educational farm, event organization, farm holidays in finely restored old farmhouses, within the woods of the Cimini Mountains and the local olive groves. 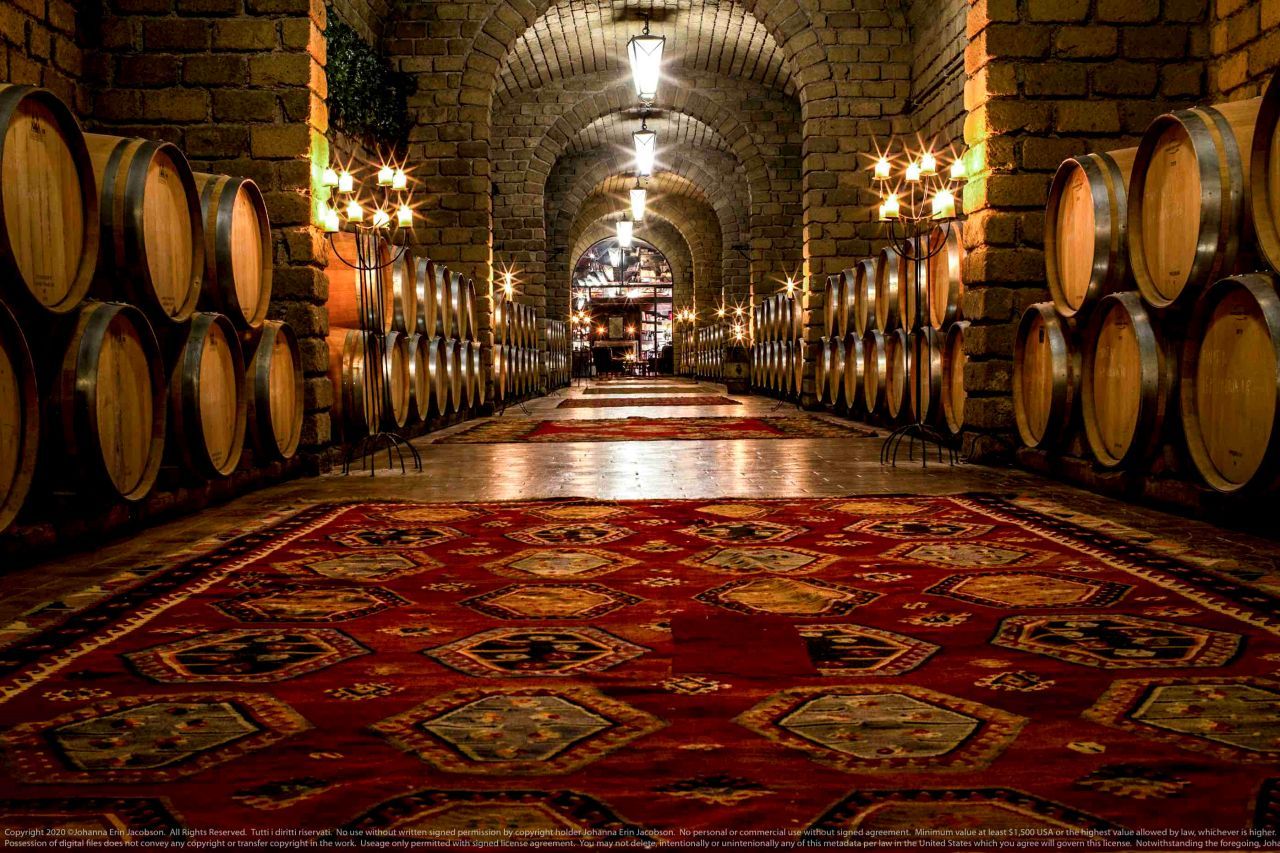 Villa Tirrena Wine Resort, in the province of Terni, with splendid views of the Calanchi Valley and in front of Civita di Bagnoregio, offers a hidden corner of absolute prestige, a destination for top tourists from all over the world. It has thirty-one hectares of vineyards, an exclusive privately-owned sculpture garden, and a 13th-century tower. Eight organic labels are grown and produced in the adjoining d’Amico Cellars.

Passo dell’Acquavite is a welcoming location with an original profile, numerous arcades, and big windows offering unlimited views of the large park and adding room and brightness to the halls. It is perfect for receptions and weddings, thanks also to the civil ceremony which may be held on-site.

Croma Lago restaurant, in a scenic position on Lake Vico, pays close attention to raw materials and their seasonality, as well as to the territory and tradition. The menu is refined, the environment stunning, the service scrupulous. Here the group also tasted the tomatoes of Ciro Flagella, one of the tour partners.

It is one of the most beautiful towns in Italy. It stands on an imposing tuff relief overlooking Via Cassia. Its origins are very ancient and it presents clear evidence of its past: a Roman amphitheater completely excavated in the tuff, an Etruscan necropolis formed by dozens of tombs excavated in the tuff as well, Etruscan walls incorporated by the medieval ones, a Mithraeum later turned into a church (named after the Madonna
del Parto), and a Cathedral of Romanesque origin.

Aside from the amphitheater, the Palazzo Döbbing Museum and its ongoing exhibition, Da Giotto a Pasolini, designed by Mayor Vittorio Sgarbi, should be mentioned.

Mamma Maremma Dairy in Montalto di Castro has its roots in the peculiarities of the area and in the over fifty-year-old passion for dairy art of Viscount Ferdinando Guglielmotti. The outcome is a daily commitment to authenticity and freshness of products. Numerous varieties of cheeses are produced: a selection was tasted by the group at Palazzo Guglielmotti, the patrician dwelling of the fifteenth century owned by the Viscount himself.

Tenuta Sant’Isidoro in Tarquinia was founded in the late thirties and it nowadays extends along 817 hectares. Various typical Mediterranean products are cultivated there, and 57 hectares are invested in the wine sector: Montepulciano and Sangiovese as indigenous vines, Merlot, Cabernet Sauvignon, Petit Verdoit, Chardonnay and Pinot Blanc.