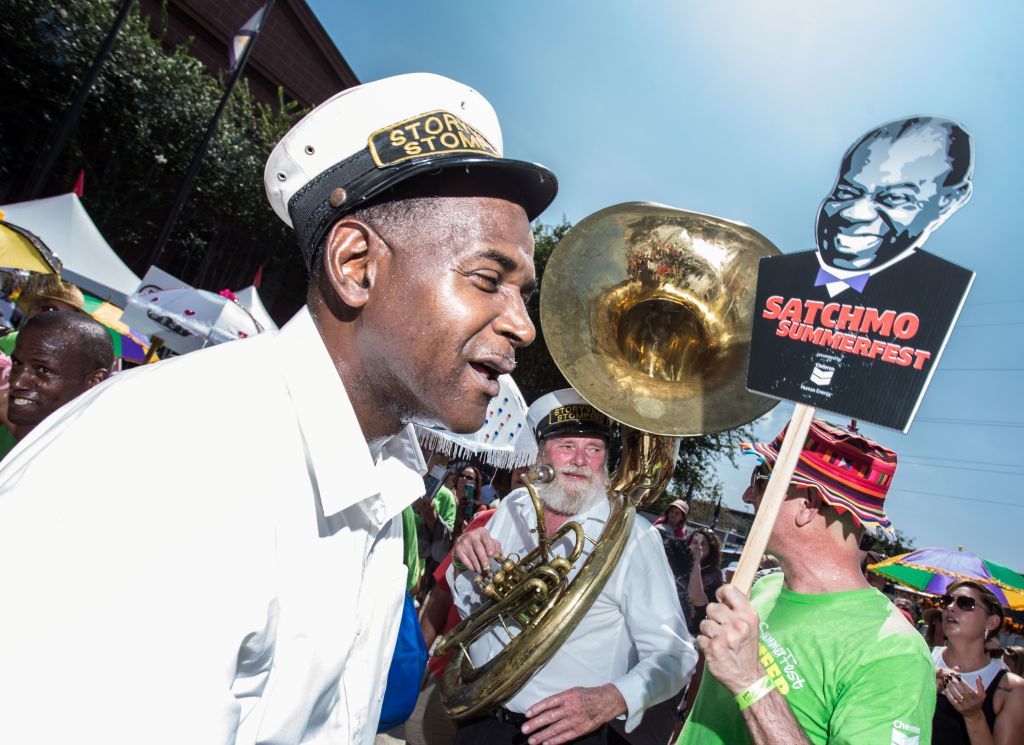 The multiplatform, virtual celebration is a collaboration between FQFI, New Orleans National Jazz Historical Park, WWOZ, WWL-TV, and New Orleans Jazz Museum. Seven Days of Satch will span an entire week, starting on Monday, July 27 and run through the end of Sunday, August 2. Fans can look forward to thematic programming on WWOZ, Louis Armstrong-inspired cooking demos on WWL-TV, and a full weekend of original performances and Armstrong scholars broadcast on Facebook Live.

The virtual event pays tribute to 20th anniversary of Satchmo SummerFest presented by Chevron, an annual festival dedicated to the life, legacy, and music of New Orleans’ beloved native son, Louis Armstrong. Traditionally, Satchmo SummerFest has been a weekend filled with music, education, cuisine, and culture on the grounds of the New Orleans Jazz Museum. Due to public health concerns surrounding the COVID-19 pandemic, FQFI announced the cancellation of the event in May. “Since 1984, we’ve been committed to our non-profit mission to showcase our incredible local music and culture,” said FQFI President & CEO Emily Madero. “For the remainder of 2020, FQFI has refocused its energy on creating new ways, like the Seven Days of Satch, to support the community and deliver on this mission. We are thrilled to work with our generous partners, talented artists, chefs, and speakers, to produce this virtual tribute.”

Sponsors for the Seven Days of Satch presented by Chevron include Chevron, New Orleans National Jazz Historical Park, GE, Jack Daniel’s, Abita Brewing Company, New Orleans Jazz Museum, WWL-TV, New Orleans Advocate/Times-Picayune and NOLA.com, OffBeat Magazine, and WWOZ. “Seven Days of Satch will be a celebration of the music, life and legacy of Louis Armstrong and is part of Chevron’s commitment to the community,” said Leah Brown, Public Affairs Manager for Chevron's Gulf of Mexico Business Unit. “We’re hopeful that the virtual event – and these amazing Crescent City musicians – will not only reach locals, but also inspire a new generation of jazz fans across the country and around the world. Chevron is proud to be a part of it.”