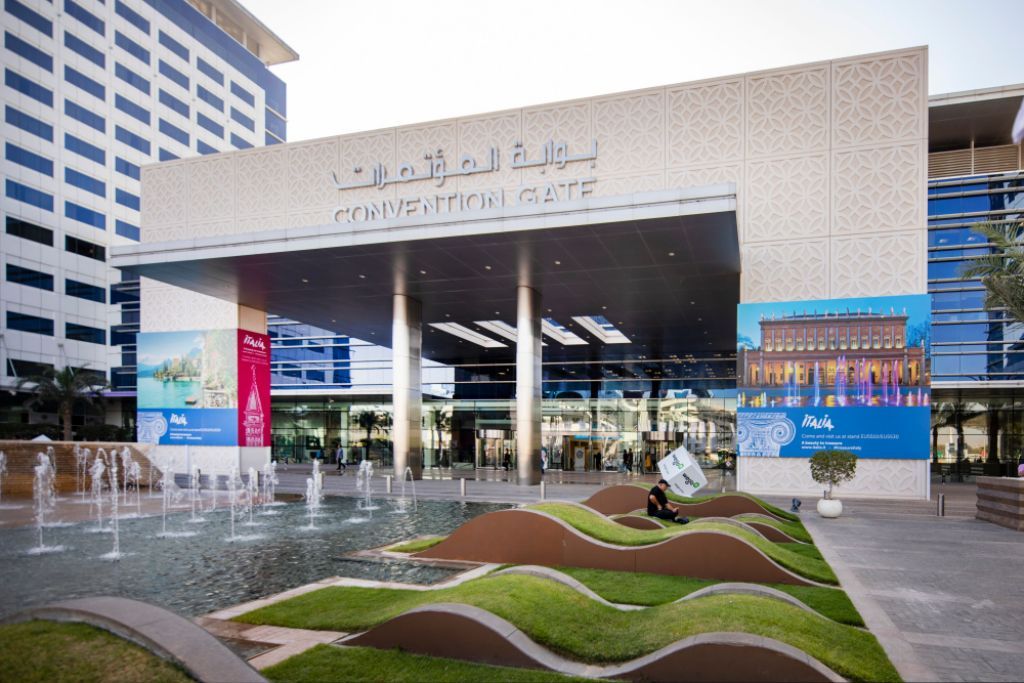 Arabian Travel Market (ATM), is expecting a huge influx of exhibitors and visitors from Israel and further afield, wanting to take full advantage of Israel’s participation in its first major travel event in the Middle East.

ATM, which has already announced that the 2021 edition of its annual showcase, will take place live at the Dubai World Trade Centre (DWTC) on Sunday 16 to Wednesday 19 May, has witnessed a massive spike, not only in enquiries from Israel, but from travel companies around the world that specialise in tours to that region.

“Following the signing of the Israel–United Arab Emirates normalisation agreement, the Israel Ministry of Tourism is planning significant steps to promote Israel as a tourism destination in the UAE. This will include participating for the first time in the Arabian Travel Market with a large booth and a delegation of Israel tourism industry representatives, as well as attending high level conference sessions," said Ksenia Kobiakov, Director of New Markets Development Department, Israel Ministry of Tourism.

Putting that into context, according to the Dubai Government’s Department of Tourism and Commerce Marketing (DTCM), in 2019, 8.6 million international trips were made by Israelis, a 9% CAGR over the past five years. The prospective length of stay by 2022 is forecast to be 11.5 nights indicating a willingness to embark on longer trips with business and leisure visitors making up 53% of the total outbound market. Currently Poland, France and other European destinations dominate, but Turkey and Egypt are top five destinations, showing potential interest in MENA destinations.

“The interest shown by the Israeli Ministry of Tourism as well as other travel professionals based in Israel and international operators specialising in tours to Israel, has been extraordinary. This is a brand new market for both inbound and outbound operators and will provide a much needed boost to regional and international travel,” said Danielle Curtis, Exhibition Director ME, Arabian Travel Market.

“However, it is not just about direct travel between Israel and UAE and Bahrain,” she added.

“Due to the burgeoning international flight network between El Al, Emirates, flydubai, Etihad and Gulf Air, there will be massive potential for two-centre holidays or stopovers, either during inbound or outbound legs.

“In addition, 5.7 million Jews live in the US, with France, Canada, UK and Argentina each having their own significant Jewish communities of 450,000, 392,000, 292,000 and 180,000 respectively. Many will of course make trips to Israel to see relatives and visit religious sites, who can now take advantage of an expanded international flight network,” added Curtis.

Now in its 27th year and working in collaboration with DWTC and the DTCM, the theme of the show next year will be ‘A new dawn for travel and tourism’ and in support, a recent Colliers report - MENA Hotel Forecasts, estimates that 2021 will be a year of recovery, based on the assumption that hotel performance across the region is already improving.

The health of the travel and tourism industry is key to the region. Prior to the pandemic, the direct contribution of travel and tourism to the Middle East’s GDP was predicted by the World Travel and Tourism Council (WTTC), to reach US $133.6 billion by 2028.

So, given subdued oil prices and a general economic slowdown due to COVID-19 restrictions, it is clear that the regional economy will be relying on travel and tourism to recover quickly, once a vaccine has been FDA approved and distribution has started. Indeed, recently Emirates announced that its fleet of A380 aircraft could be fully operational by the first quarter of 2022.

ATM 2021 will also play an integral role in Arabian Travel Week and for the first time, a new hybrid format will mean a virtual ATM running a week later to complement and reach a wider audience than ever before. ATM Virtual, which made its debut earlier this year after ATM 2020 was postponed, proved to be a resounding success attracting 12,000 online attendees from 140 countries.

Other notable features of Arabian Travel Week will include International Luxury Travel Market (ILTM) 2021, and Travel Forward, the travel technology vertical. ATM will also be partnering with Arival, which through a series of webinars will cover current and future trends for tour operators and destination managers.

Other features will include Buyers Forums dedicated to key source markets including Saudi Arabia, India and China plus a virtual digital influencers’ speed networking session, a hotel summit and a responsible tourism programme.

The show will strictly adhere to all DWTC’s stringent health and safety guidelines and will set out to provide a touchless and seamless experience. The team at DWTC has also implemented a range of measures including an enhanced cleaning regime, improved air circulation, multiple hand sanitiser stations and temperature checks.

ATM, considered by industry professionals as a barometer for the Middle East and North Africa tourism sector, welcomed almost 40,000 people to its 2019 event with representation from 150 countries. With over 100 exhibitors making their debut, ATM 2019 showcased the largest ever exhibition from Asia.