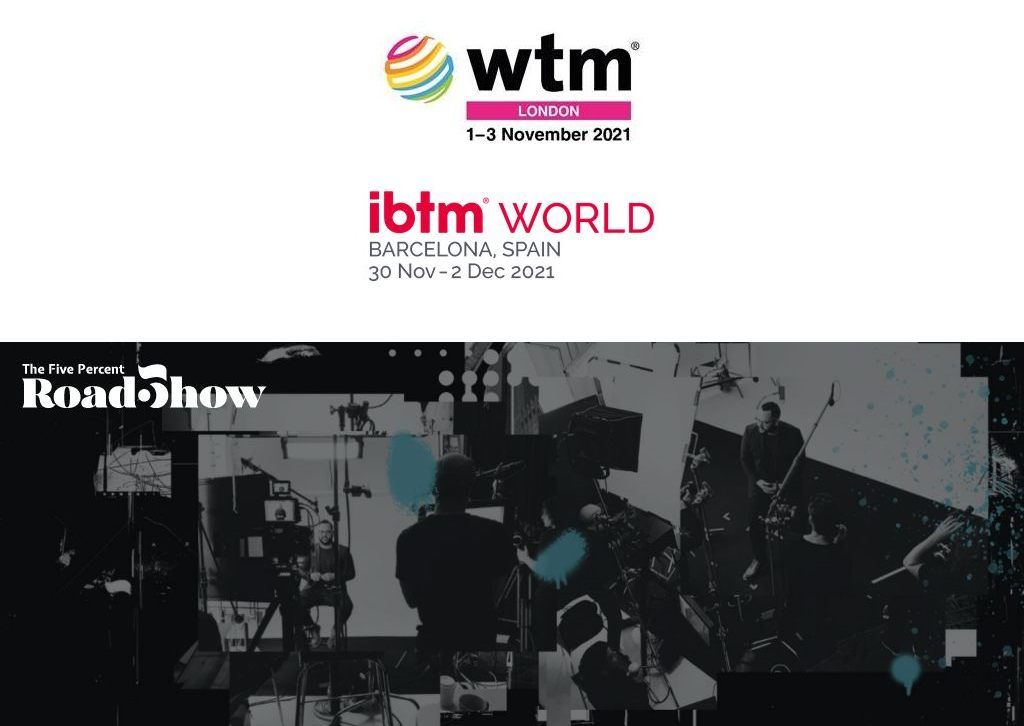 Budding entrepreneurs who want inspiration to turn their idea into the next big thing in the travel and MICE sectors are invited to sign up for a marketing workshop later this month, run in association with WTM London and IBTM World.

The Five Percent Roadshow promises insight, encouragement, and best-practice examples from those in the know during a six-hour online event that’s jam-packed with seminars, breakout sessions and in-depth discussions as well as networking opportunities.

Leading the event is business expert Marcus Murphy, co-founder, and CEO of The Five Percent, an international community geared toward inspiring, equipping, and facilitating actionable content for emerging and transitional entrepreneurs.

Oli Billson, Founder and CEO of NextLevelBusiness.com, completes the line-up. Oli has started, grown, and scaled five separate seven-figure businesses of his own as well helping his clients generate millions of dollars online through his education, training and mentorship programs.

There will be four sessions. The first, Defining Your Company Character Diamond, explains how a well-crafted character diamond can help entrepreneurs understand their own personal values and how that can be used to inform the messaging for their company. Session two is entitled: Discovering Your Ideal Customer Profile.

Session three covers how to Clarify Your Company Message, while session four, Turning Complete Strangers into Raving Fans of Your Business, looks at how to create a roadmap that will help people discover your brand, build a relationship with you, and become buyers who turn into raving fans.

The Five Percent co-founder and CEO Marcus Murphy says, “If you’re going to be starting a business in 2021 and beyond, you need to be a practitioner, not a theologian, and that starts by making sure you’re going to be building the right foundation.”

“Don’t just sit around for the next year where you didn’t do anything about that great idea.

WTM London Exhibition Director Simon Press said, “The travel industry was built on entrepreneurship, with brave, creative and passionate people who dared to transform that seed of an idea into reality. Often, many opportunities have been seized upon during times of crisis – so there is no better time to take the plunge.

IBTM World Exhibition Director David Thompson adds, “We are excited to partner with The Five Percent Roadshows, as we know anyone attending will have access to the best advice and support from those in the know and will finish the day buzzing with ideas and raring to go.”

Simon Press ends, “We – WTM London and IBTM World – look forward to seeing these ideas become reality, with roadshow attendees developing their ideas and proudly exhibiting their products and services at our future shows.”