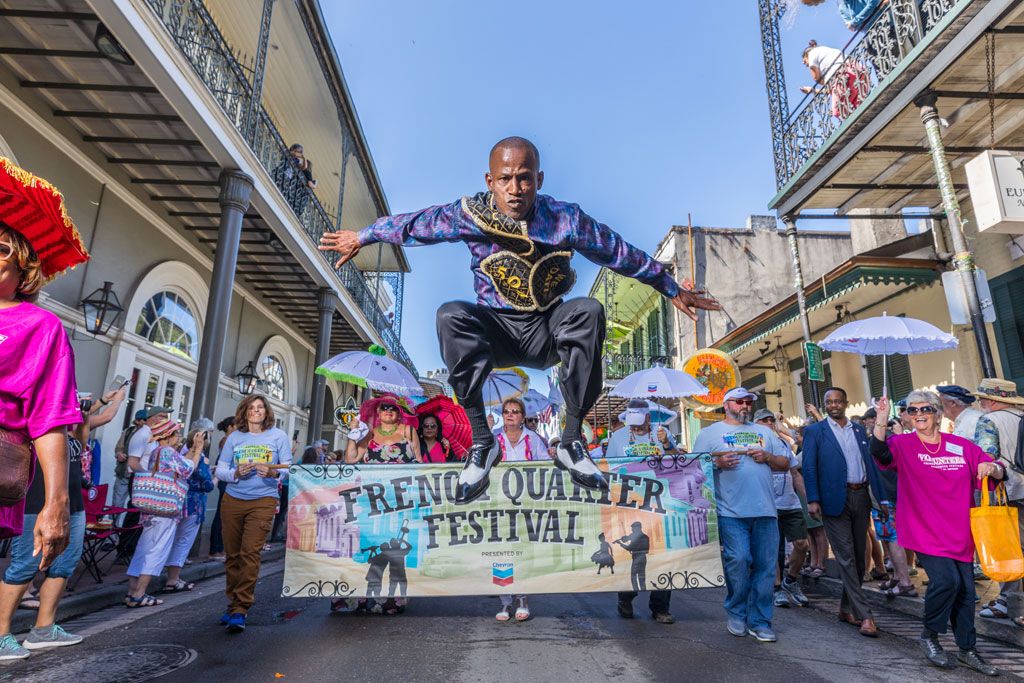 "We are thrilled to showcase a diverse lineup featuring a quintessential sampling of New Orleans' contemporary musicians carrying on the musical legacy of Louis Armstrong,” said Emily Madero, President and CEO of FQFI.

“The inspiring young musicians of the Roots of Music will usher in the celebration with a special block party performance Saturday morning, followed by two full days of music capped by festival mainstay Kermit Ruffins. Satchmo SummerFest is one of the first festivals to return, and we invite our fans to join us for two full days of music, food, celebration, and community."

FQFI has diligently worked in coordination with stakeholders, industry peers, and city officials to ensure a safe return of Satchmo SummerFest. The festival will operate based on guidelines as of the time. The tickets will be $7 in advance and $10 at the door. Capacity is limited, and organizers strongly recommend that attendees register here in advance to secure their spot and avoid lines.

Admission also provides access to the Jazz Museum’s collection and exhibitions as well as the Satchmo Legacy Stage featuring discussions, and presentations by renowned Armstrong scholars.

“Chevron is more excited than ever to celebrate Louis Armstrong and our extraordinary Crescent City community,” said Leah Brown, Public Affairs Manager for Chevron's Gulf of Mexico Business Unit. “Satchmo SummerFest will not only be a chance to enjoy incredible musicians but also catch up with neighbors and welcome visitors from around the world. We can’t wait!”

More than 20 Jazz, Brass, Swing, Funk, and Fusion Acts to Perform, Along with Satchmo Scholars

On the Satchmo Legacy Stage in Memory of Joni Berry, scholars and historians will present on a wide range of topics surrounding all things Louis Armstrong. Festival favorite Ricky Riccardi, Director of Research Collections for the Louis Armstrong House Museum and Archives and the author of What a Wonderful World, will return with a host of all-star scholars. Fans can dive deep into the life and legacy of Armstrong and learn how his craft continues to reverberate today. While inside the museum, attendees can also access five exhibits: Drumsville: Evolution of the New Orleans Beat, The Wildest! Louis Prima Comes Home, New Orleans Music Observed: The Art of Noel Rockmore & Emilie Rhys, Rick Olivier: Great-ish Hits, and From the Fat Man to Mahalia: James Michalopoulos’ Music Paintings.

Festival organizers are teaming up with the Barataria-Terrebonne National Estuary Program (BTNEP) to launch a cleaner, healthier, and happier festival season in Louisiana. The two-year Geauxing Green program will focus on marine debris prevention by allowing only reusable, recyclable, and compostable food and drink products at the festival. In addition, attendees will be greeted by Green Team staff, who will be on hand throughout the festival grounds to guide the public in the use of recycling and composting stations. Accompanying marketing materials focused on marine debris prevention will be visible on site. The partnership supports FQFI’s goal of being a leader in sustainable festival production in the Gulf South.

On Friday, July 30, attendees are invited to the VenueApp VIP Launch Party Aboard Riverboat Louis Armstrong. The event will bring music from the Ella & Louis Tribute Band and artistic collaborations extending from the New Orleans Jazz Museum to the Louis Armstrong House Museum. Tickets are $50 per person and include open bar, food, entertainment from 7 PM – 9 PM. Tickets will be available later this month. To find out more check out special events on www.satchmosummerfest.org.