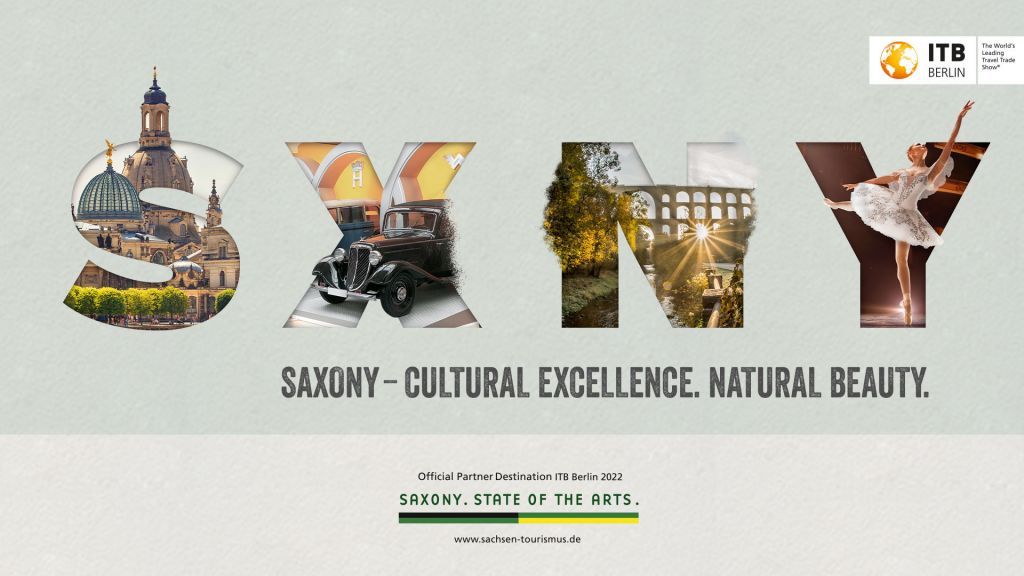 In 2022, Saxony will be the partner destination of ITB Berlin, the World’s Leading Travel Trade Show.

This is the culmination of an almost two-year partnership with ITB Berlin, during which Saxony has already been the Official Cultural Destination. Preparations for this important major event are currently well under way.

“Next year’s official partnership gives Saxony a big opportunity to promote itself to the tourism industry around the world as an outstanding destination for culture and city tourism, while offering a unique nature experience“, said Barbara Klepsch, Saxony’s State Minister for Culture and Tourism.

The partnership was another important element, particularly with regard to reopening tourism, and was playing its part at exactly the right time, she added. “Saxony will display everything that people are yearning for: art, culture, vibrant cities and outstanding natural attractions“, Klepsch said.

With the release of a new key visual created by Tourismus Marketing Gesellschaft Sachsen (TMGS) to communicate the partnership both online and offline, the official countdown has begun. “It was important for us to visualise Saxony’s outstanding cultural and tourism attractions in a way that was up-to-the-minute, quite bold, confident and above all catchy“, said Veronika Hiebl, managing director of TMGS. There are four versions of the key visual, which offers a balanced presentation of Saxony’s cultural and natural attractions.

“The reactions of the world’s media and tourism professionals in previous years to ITB Berlin’s host countries have always been impressive“, said David Ruetz, head of ITB Berlin.

“Saxony has every opportunity to set the bar even higher at the upcoming ITB Berlin. Saxony’s traditionally welcoming nature will be visible with every element of its presentations at the show, and ITB will support and promote this with its communications worldwide.“

Among the partnership’s highlights will be the official opening event on 8 March 2022 featuring high-level guests from all parts of the world. Saxony is responsible for the cultural and culinary offerings at this event on the eve of the show. In addition to hosting a large stand with close to 30 partners from the state, Saxony is promoting itself as a destination with an extensive range of advertising measures both online and offline.

“The partner destination Saxony and ITB Berlin are looking forward to an in-person trade show again in March 2022“, said Hiebl.

The original plan was for Saxony to be ITB’s partner destination in 2021, but following the cancellation of ITB Berlin 2020 the partnership was postponed until 2022. At ITB Berlin 2021, Saxony became the first Official Cultural Destination in the trade show’s history, which spans more than 50 years. At this entirely virtual ITB Berlin, Tourismus Marketing Gesellschaft Sachsen mbH (TMGS) pulled out all the stops to promote Saxony as Germany’s number one cultural destination and prepare for reopening tourism following the lockdown.