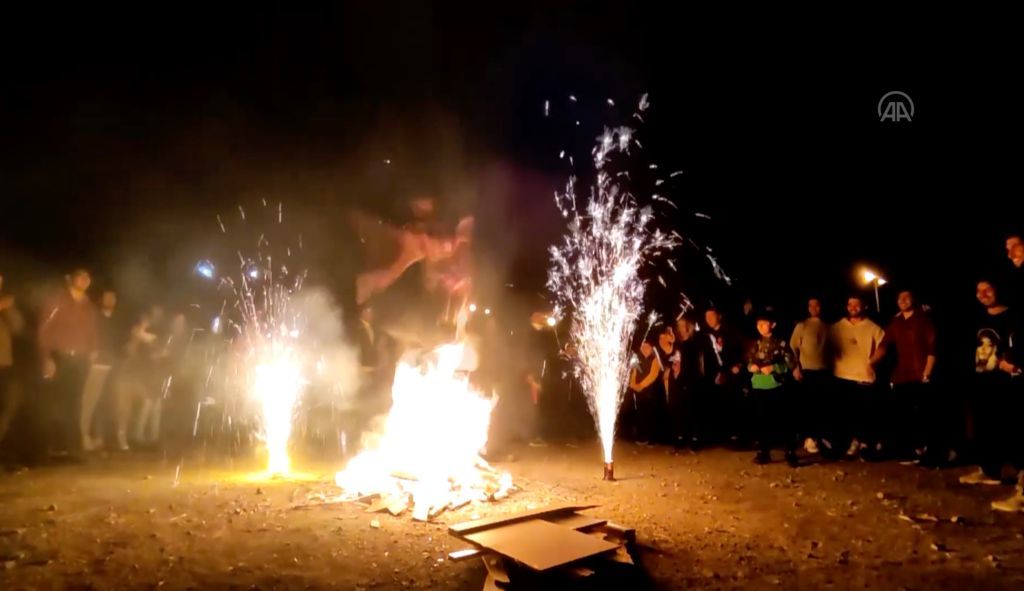 Iranians on Wednesday (March 15) celebrated Chaharshanbe Suri, or Fire Festival on the eve of the last Wednesday of the year before the Nowruz festival, in capital Tehran.

People, celebrate Chaharshanbe Suri -also known as “The Scarlet Wednesday”- by jumping over fire, setting off fireworks, and writing wishes in their skylights before releasing them into the wind.

Fire Festival is celebrated on the eve of the last Wednesday before Nowruz, the Iranian new year, which begins on March 21.

The Newroz festival has been celebrated for more than 18 centuries across Anatolia and central Asia.