The 10 Worst Countries for Expats in 2019, Turkey is the worst country for expat families 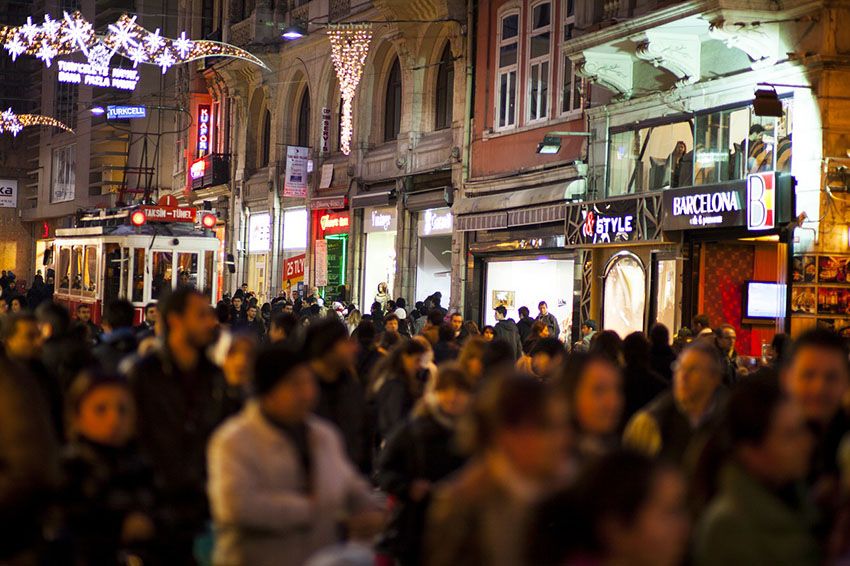 The following 10 destinations are listed at the bottom of the 2019 Expat Insider survey.

With the exception of 2017, when it ranked second to last, Kuwait has consistently been ranked as the worst country for expats, and 2019 is no exception. It also comes in last in the world for the ease of settling in: more than half the respondents (51%) do not feel at home in the local culture (vs. 23% globally), and note quite two-thirds (63%) claim that making local friends is hard (39% worldwide). “The locals are not friendly towards expats, and they seem to resent foreigners being here,” states a British respondent. In fact, 53% of expats think that there is an unfriendly attitude towards foreign residents (vs. 19% globally), ranking Kuwait last in the world for this factor, too. What is more, the country offers a low quality of life (63rd), as 57% of expats are unhappy with the available leisure activities (vs. 12% globally), for example. Ranking 60th, Kuwait is also not a top scorer in terms of working abroad. In fact, two in five (40%) rate the career prospects negatively (vs. 24% globally), 36% are generally unsatisfied with their job and their work-life balance (vs. a global 19% and 21%, respectively).

With its “economy in dire straits” and “no perspectives”, as a Russian expat describes it, Italy hits rock bottom for working abroad in 2019 (64th out of 64 countries). Less than two in five expats (16%) rate the state of Italy’s economy positively (vs. 63% globally), while 39% worry about their job security (vs. 21% globally). Half of the respondents (50%) are also dissatisfied with the career prospects (vs. 24% globally), and a third (33%) are generally unhappy with their job (vs. 19% worldwide). Italy also ranks in the bottom 3 countries in the Personal Finance Index (62nd), with 33% of expats being concerned about their financial situation (vs. 18% globally). While 85% of expats appreciate the good weather and climate (vs. 61% globally), Italy still performs mediocre in terms of quality of life overall (49th) due to of its results for digital life (57th) and the country’s political stability (58th). In fact, 48% of expats are unhappy with the latter factor, compared to just 17% of expats worldwide. Expats also struggle to settle down in the country (56th), and two-thirds (67%) find it hard to live there without speaking the local language (vs. 40% globally). “People only speak Italian and are not interested in foreigners,” says a German expat.

Ranking 62nd out of 64 countries overall, Nigeria has the world’s worst quality of life for expats. It ranks last in the Travel & Transportation as well as Health & Well-Being subcategories: 61% disagree that healthcare is affordable (vs. 26% globally), and 66% say it is of low quality (vs. 18% globally). A similar share (65%) is generally unhappy with the quality of the environment (vs. 20% globally). In the Safety & Security subcategory (62nd), Nigeria shows poor results, too: more than half the expats (51%) do not feel safe in the country (vs. 9% globally), and 58% worry about the political stability (vs. 17% globally). As a Hungarian expat puts it: “We are not really free to walk everywhere, there is not much to do, and there is always a possibility of danger.” Nigeria shows mixed results in the Ease of Settling In Index (31st): while it ranks among the bottom 10 countries in the Feeling at Home subcategory (55th), it is among the top 10 destinations in the Language subcategory (10th). The same is true when it comes to working in Nigeria: its 16th place for career prospects and satisfaction stands in sharp contrast to its 57th rank for economy and job security.

In the Expat Insider 2019 survey, Brazil comes in last worldwide in the Safety & Security subcategory: 41% do not find the country peaceful (vs. 10% globally), 61% do not feel safe (vs. 9% globally), and 53% are dissatisfied with the political stability (vs. 17% globally). An expat from New Zealand describes having the “underlying feeling of people always living in fear” in Brazil. While Brazilians seem to be very friendly towards families with children (13th out of 36 countries), Brazil still comes in second to last in the Family Life Index overall (35th), only ahead of Turkey. It is rated the worst destination for family well-being, with more than half the expat parents (54%) concerned about their children’s safety (vs. 9% globally). The quality of education is also rated negatively by 38%, more than double the global average (16%). While Brazil also ranks low for working abroad (58th out of 64), it comes in 37th place for the ease of settling in. More than four in five expats (83%) find the Brazilians friendly (vs. 68% globally), though nearly three-quarters (74%) disagree that it is easy to live in the country without speaking the local language (vs. 40% globally).

Turkey is the worst country in the world for expat families (36th out of 36): close to two in five expat parents (39%) are dissatisfied with the options for children’s education (vs. 17% globally), and 38% rate the quality of education negatively (vs. 16% worldwide). Turkey is also rated the worst country for children’s general well-being, with 20% of expat parents rating this factor negatively (vs. 8% globally). Expats’ working life does not look much brighter in Turkey (62nd), with nearly a third of expats (32%) unsatisfied with their job (vs. 19% globally). In addition to low career prospects (60th) and lacking job security (59th), working hours seem to be a main concern (64th). Expats in a full-time position in Turkey work an average of 44.8 hours per week, not quite an hour longer than the global average (43.9), and 39% are unsatisfied with their hours (vs. 19% globally). As an Albanian expat points out: “Salaries are low, there is no time for myself, and I am always working.” What is more, Turkey comes in 56th out of 64 countries in the Safety & Security subcategory, with 47% worrying about the country’s political stability (vs. 17% globally).

Coming in 62nd out of 64 countries in the Quality of Life Index, India especially lags behind digitally (62nd): expats for example struggle with getting a local mobile phone number (38% negative answers vs. 7% globally) and with accessing administrative and government services online (53% vs. 26% worldwide). India also ranks among the worst countries in terms of safety and security (60th). In fact, more than two in five respondents (44%) find the country not peaceful (vs. 10% globally), 27% do not feel safe (vs. 9% globally), and 32% are concerned about the political stability (vs. 17% globally). “I do not like that I always have to keep my guard up,” describes an expat from the USA, “as a female, I do not feel safe.” What is more, India is the world’s worst country in terms of quality of environment for the second year in a row. Working in India does not seem to be easy for expats either, especially due to above-average working hours for full-timers (47.7 hours per week vs. 43.9 globally). However, for 63%, their disposable household income is at least more than they need to cover daily costs (vs. 49% globally). In general, life in India is considered affordable by 69% of expats (vs. 47% globally).

The UK ranks 58th out of 64 countries in the Expat Insider 2019 survey admit ongoing Brexit uncertainty: it has fallen 14 places in terms of political stability, now ranking among the ten worst countries in the world for this factor (57th). Over two in five expats (42%) rate the political stability negatively (vs. 17% globally). As one German expat puts it: “Brexit makes our future uncertain.” In addition, the UK receives its worst ratings ever in all subcategories of the Working Abroad Index: it ranks 45th for economy and job security, which is 29 places lower than in the Expat Insider 2016 survey before the Brexit referendum (16th out of 67). In 2019, nearly one-quarter of expats in the UK (23%) are unhappy with the state of the economy (vs. 8% negative ratings in 2016), 21% are unsatisfied with their career prospects (vs. 12% in 2016), and 23% worry about their job security (vs. 17% in 2016). Expats also struggle to settle in, with the UK ranking 45th in the Ease of Settling In Index. Nearly three in ten expats (28%) say that Brits are unfriendly towards foreign residents (vs. 19% globally). It might be no surprise then that the UK ranks third from the bottom for personal happiness (62nd), only ahead of Denmark (63rd) and Kuwait (64%). Just 66% of expats are generally happy with their life in the UK (vs. 74% worldwide).

Ranking last in the world in the Personal Finance Index for the sixth year running, 39% of expats in Greece worry about their financial situation (vs. 18% globally), and 42% say that their household income is not enough to cover daily costs (vs. 23% globally). A British expat explains that “no matter how much money you make, it is not enough”. In terms of working abroad, Greece comes second to last worldwide (63rd) and shows poor results across all factors of the index. More than two in five expats (42%) are unhappy with their career prospects (vs. 24% globally) and job security (vs. 21% globally), respectively, and two-thirds (67%) rate the state of the Greek economy negatively (vs. 18% globally). While Greece achieves a mediocre 38th place out of 64 countries in the Quality of Life Index, more than one-third of expats (36%) are unhappy with the political stability (vs. 17% worldwide). On the bright side, expats enjoy the Mediterranean climate in Greece (2nd in the world) and the available leisure activities (18th). What’s more, close to three-quarters (74%) still find it easy to feel at home in the local culture (vs. 60% globally), and 66% have no issues with making local friends (vs. 42% globally).

Russia ranks 50th out of 64 countries in the Quality of Life Index, with expats there struggling with the weather and climate (54% unhappy vs. 21% worldwide) and the restricted access to online services (24% unhappy vs. 9% globally), among other things. Russia also ranks last in the Language subcategory of the Ease of Settling In Index, as 75% find it hard to learn the language (vs. 45% globally), and 77% say it is hard to live in the country without speaking Russian (vs. 40% globally). This is just one of the reasons why Russia ranks a poor 56th place in the Ease of Settling In Index: more than a third of respondents (34%) also find it hard to settle down in the country (vs. 23% globally). Expat parents show discontent, too, when it comes to family life in Russia (28th out of 36 countries): 18% rate their children’s safety negatively (vs. 9% globally), and 23% are unhappy with children’s health (vs. 10% globally). Russia can show improved results in the Career Prospects & Satisfaction subcategory (56th in 2018 to 40th in 2019), with just a quarter of expats (25%) rating their career prospects negatively in 2019, compared to a third (33%) in 2018. However, expats are still unhappy with their work-life balance (32% negative ratings vs. 21% worldwide) and the state of the economy (39% vs. 18% globally).

Settling down is a real challenge for expats in South Korea: 41% find it hard (vs. 23% globally), and 37% struggle to get used to the local cultures (vs. 20% globally). What is more, South Korea dropped eleven positions in the Working Abroad Index since 2018, ranking 51st out of 64 countries in 2019. It even comes last worldwide in the Work & Leisure subcategory, with 37% of expats rating their work-life balance negatively (vs. 21% globally). In the Quality of Life Index, South Korea also experiences a significant drop, losing 14 places (23rd in 2018 to 37th in 2019). Expats are dissatisfied with the quality of the environment (69% negative ratings vs. 20% globally) — a South African expat points out the “really bad air quality” in particular — and lack socializing and leisure activities (27% unhappy vs. 19% worldwide). On the other hand, expats in South Kora are very happy with their personal safety (93% satisfied vs. 81% globally), the quality of medical care (79% vs. 65% globally), and the transportation infrastructure (97% vs. 68% globally). In terms of digital life, South Korea performs poorly (41st): getting a local phone number is a major struggle (62nd), while getting access to high-speed internet at home (4th) is no issue.