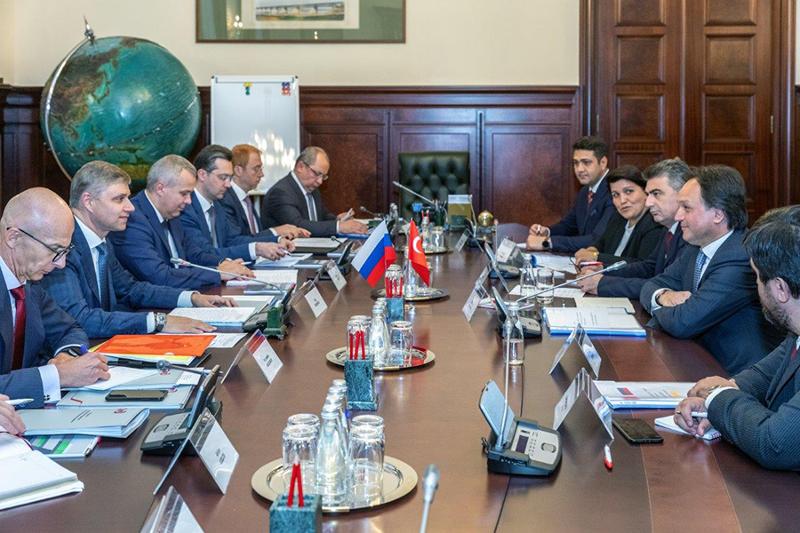 Oleg Belozorov, the Chief Executive Officer and Chairman of the Board of Russian Railways, and Ali Ishan Uigun, the CEO of Turkish State Railways (TCDD) have held a meeting in Moscow.

The two company heads noted an increase in the volume of freight between Russia and Turkey, with the total volume of traffic dispatched between the two countries on the network owned by Russian Railways amounting to 20.2 million tons in 2018. In addition, 95,000 Twenty-Foot Equivalent units (TFUs) consisting of general export-import and transit cargo containers were shipped between Russia and Turkey last year, 22.9% or 18,000 TFUs more than during 2017.

The CEOs also stressed that Russian and Turkish railways have significant potential to implement joint projects.

"The pace of trade between Russia and Turkey is increasing, but I believe that as railway companies, we have not yet decided on the best way to realize the full potential of our cooperation – we need to implement that as much as possible," said Oleg Belozorov.

According to the heads of Russian Railways and Turkish State Railways, this will be facilitated by tariff incentives, as well as the development of the infrastructure of the International Transport Corridor between Baku in Azerbaijan - Tbilisi in Georgia - Kars in Turkey. The parties agreed that this would reduce freight delivery times and increase the attractiveness of the route, thereby attracting the necessary traffic volumes. All this would help to establish a regular container service which will connect Turkey to the system of Eurasian corridors from the eastern part of the country.

Oleg Belozorov and Ali Ishan Uigun also discussed cooperation within international organizations and agreed on the need to pay special attention to the standardization and digitalization of the railway sector at the international level.