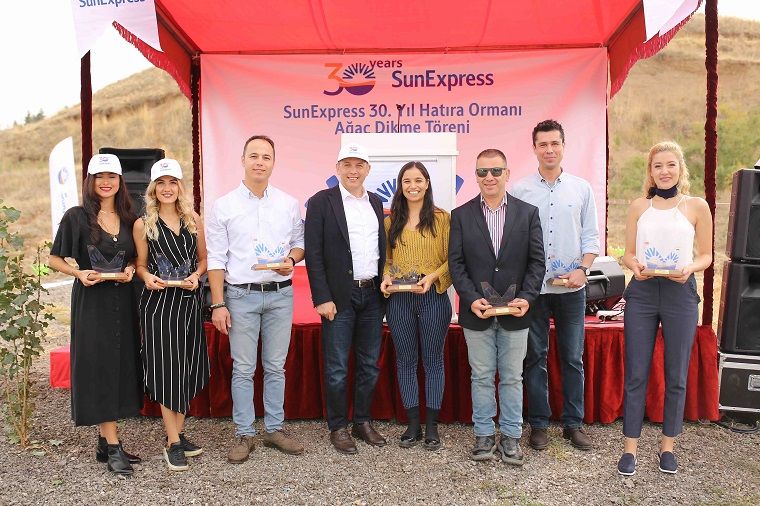 SunExpress, a joint venture of Turkish Airlines and Lufthansa, announced the ‘SunExpress 30th Year Memorial Forest’ project to be implemented in Kartaltepe, Ankara in cooperation with Ankara Regional Directorate of Forestry with the planting ceremony held in Ankara.

SunExpress, which continues to work with the aim of leaving a greener and more habitable world to future generations and raising awareness on environmental issues, held a sapling planting ceremony in Ankara with the participation of SunExpress Deputy General Manager Ahmet Çalışkan, local authorities and SunExpress employees.

Speaking at the ceremony, SunExpress Deputy General Manager Ahmet Çalışkan said: “This year, we are celebrating our 30th year in aviation and tourism. After Turkish Airlines, we are the most experienced airline in Turkey. We have a history of success in Turkish tourism and aviation: we are the airline that offers the highest number of flights between Turkey and Europe with direct scheduled flights and connects 12 cities of Anatolia to 16 destinations in Europe.  In this context, we are also the first and only airline connecting Ankara to 12 destinations in Europe with direct and scheduled flights.”

Stating that success comes with responsibilities, Çalışkan said: “As SunExpress, within the framework of our corporate social responsibility strategy, which we have created with this vision, we are engaged in a great struggle to protect nature and support the work done for this purpose through various projects. It’s also important for us to make it sustainable. In this context, today, as the airline that connects Ankara to the largest number of destinations in Europe, we are launching the first of our SunExpress 30th Year Memorial Forests in Ankara. Our forest, which expands on a hundred thousand square meter area, is becoming alive today on the slopes of Polatlı Kartaltepe. This is a small contribution towards leaving a greener Turkey for future generations.” 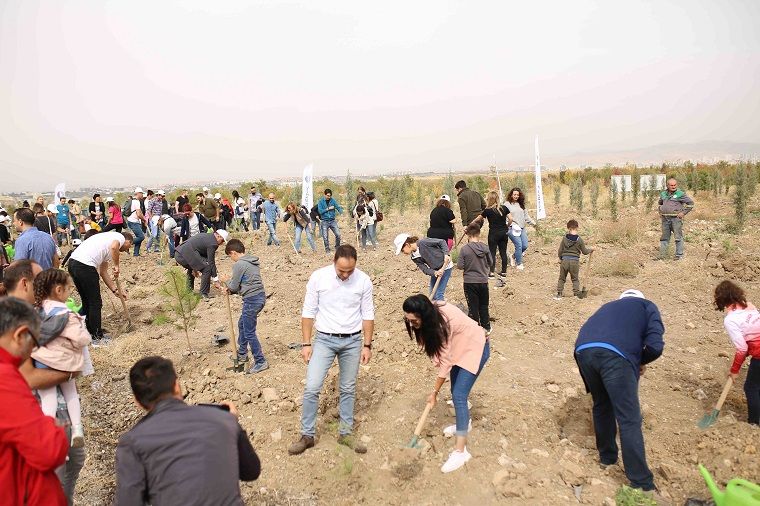 “This year we’re building a memorial forest in Ankara and next year in Izmir, which was damaged by forest fires this summer" said Çalışkan and added that they aim to implement this project in a city on the airline’s flight network every year.

Stating “As SunExpress, we have made environmental investments with our modern and low emission fleet” Çalışkan said, “we are currently in sixth place of the renowned worldwide Airline Index 2018 of the climate protection organisation "atmosfair". The index compares nearly 200 largest airlines in the world according to their climate efficiency and takes factors such as aircraft type, engines, aerodynamic wingtips and aircraft utilization into account. We not only work as an institution to raise awareness of the environment and contribute as much as we can, but also our 4 thousand team members who make up this large family are our biggest supporters and driving force.”

On June 5, 2019 World Environment Day, SunExpress replaced the plastic products on all its international flights with sustainable alternatives made of wood or paper. This initiative could save almost 70,000 plastic items in a single day alone.

The ‘Green Alliance Izmir’ team built within the scope of SunExpress’ Corporate Social Responsibility strategy which aims to contribute to the nature by increasing awareness and consisting of volunteer SunExpress employees, has started an in-house fundraising campaign in cooperation with the Izmir Regional Directorate of Forestry to reforest areas damaged by forest fires in Izmir in August. As well as the in-house fundraising campaign launched for Izmir, SunExpress senior management has started ‘the SunExpress 30th Year Memorial Forest’ project which is planned to be launched in Izmir next year in order to support this campaign and take it further.