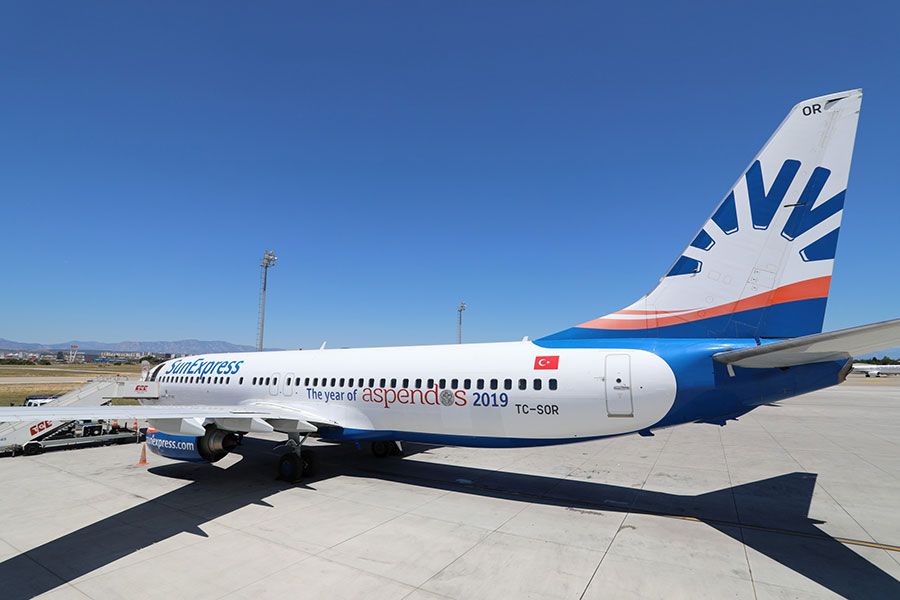 SunExpress, a joint venture of Turkish Airlines and Lufthansa, has added the German city of Nuremberg to its flight network while offering an increase in capacity and frequency for flights to Izmir during the 2020 winter season. The airline will also begin flights from Izmir to Paris, Brussels, and Copenhagen in February.

SunExpress celebrating its 30th year in aviation and tourism this year, continues to strengthen its strong position in Izmir which was launched as SunExpress’ second base in 2012. SunExpress, which offers an increase in capacity and frequency in Izmir flights this winter, has begun operating direct flights from Izmir to Nuremberg once a week for the first time under the winter season.

SunExpress has added more daily flights this winter as up to 4 times between İzmir and Antalya and up to 3 times between İzmir and Adana. The airline also offers flexibility with its attractive morning and evening flights from Izmir to Diyarbakır and Gaziantep to travelers, especially for those on daytrips. SunExpress which continues to operate daily flights from Izmir to Van, also increased its weekly flights to Trabzon to 5, Kayseri to 4 and Malatya, Kars, Erzurum and Samsun to 3.

On international routes, during the winter season SunExpress will boost the number of flights to Berlin and Hamburg as well as daily flights to Düsseldorf, Frankfurt, Munich and Stuttgart departing from Izmir. SunExpress, which operates three flights a week from Izmir to Amsterdam, also increased its weekly flights to Vienna to 3. From February, the airline will begin operating flights to Europe’s popular capitals which are Paris, Brussels and Copenhagen once a week.

SunExpress which continues its efforts to increase the number of flights and from Izmir within the scope of its growth strategy offers connections from 11 cities in Anatolia to 17 destinations in Europe via its Izmir base during winter season.