Pegasus Plane Skidded off and Breaks into Pieces in Istanbul 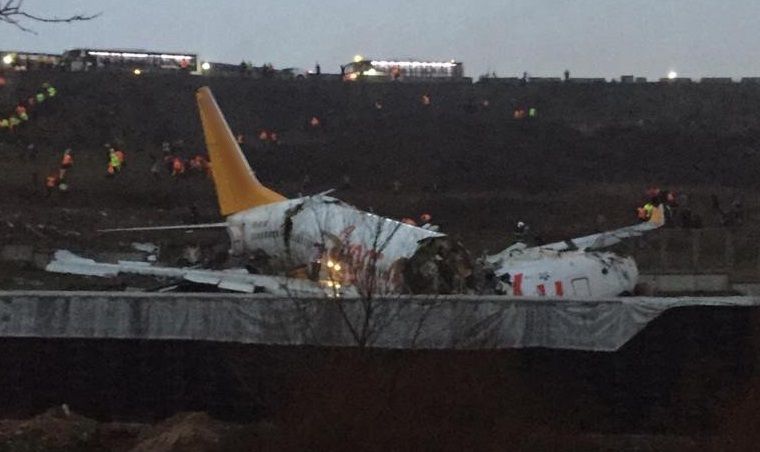 Pegasus Airlines plane skidded off the runway during landing at Istanbul Sabiha Gökçen Airport and broke into three pieces.

Television footage showed the plane separated from its fuselage after it burst into flames following the crash. Several firefighters and paramedics were dispatched to the area.

There are 3 dead among 177 people. Istanbul Governor Ali Yerlikaya said 52 injured passengers including pilots of the plane and were transferred to the nearest hospitals.

The plane was arriving from Turkey's Aegean city of Izmir.