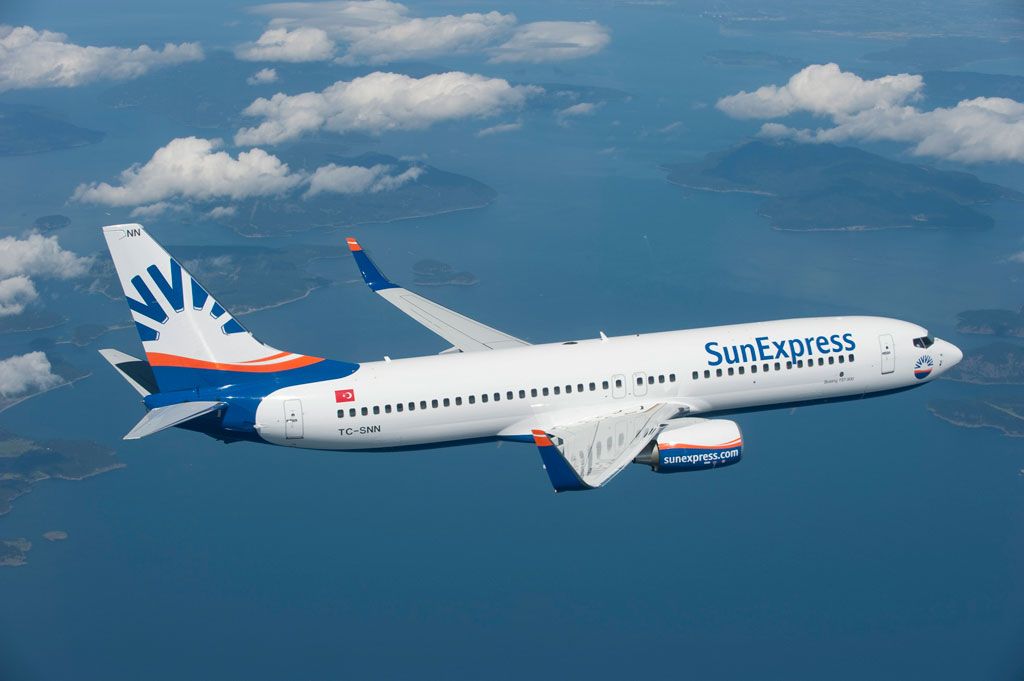 Following the German government’s lifting of the travel warnings to four Turkish cities, SunExpress decided to focus more on its touristic flights from Germany and increase its capacity on its flights to these destinations.

Germany lifted its travel warning for four coastal provinces of Turkey: Antalya, Izmir, Aydin, and Mugla last week. Government spokeswoman Ulrike Demmer said, "Turkey has developed a special tourism and hygiene concept for these four regions in order to realize safe tourism under the conditions of the pandemic."

As becoming the first airline to operate both domestic and international flights from Antalya and Izmir after the lifting of the travel bans by the Turkish government, SunExpress is currently operating direct scheduled flights from 14 cities in Turkey to 29 cities in Europe.

As an airline connecting Antalya to international and domestic destinations with direct and scheduled flights, SunExpress is offering a 15%-capacity increase in Antalya flights in August. SunExpress, which operates daily international flights from Antalya to many popular German destinations such as Cologne, Düsseldorf, Frankfurt, Hamburg, Munich, Stuttgart, Berlin and Nuremberg, is adding Münster and Osnabrück to its Antalya-Germany flight network in August. Offering direct scheduled flights from Antalya to 21 cities in Europe, SunExpress is also increasing the number of flights to London, Paris, Vienna and many other destinations in August.

The airline has also started direct scheduled flights to Dalaman once a week from Cologne, Frankfurt, Munich, Düsseldorf and Berlin.

On the domestic network, SunExpress offers 10 weekly flights from Antalya to Adana, and Diyarbakır, 7 to Van, 6 to Gaziantep, 3 to Trabzon and Samsun and 2 to Kayseri. The airline has also increased its flights between Antalya and Izmir from 2 daily flights to 4 in August.

SunExpress, which currently operates direct scheduled flights from Izmir to 10 cities in Germany, is increasing the number of flights to German cities such as Dusseldorf, Berlin, Frankfurt, Stuttgart, Munich, Hamburg, Hanover and Cologne. On other European routes, SunExpress operates 5 weekly flights to Zurich, 3 to Vienna and Paris, 2 to Brussels and Copenhagen and 1 weekly flight to Stockholm. It is also increasing its frequency on the Amsterdam and Basel routes.

On the domestic network, SunExpress, which operates flights from Izmir to Antalya, Diyarbakır, Adana, Gaziantep, Trabzon, Kayseri, Erzurum, Samsun, Van, Kars, Konya and Malatya, is increasing the frequency of its flights to Hatay to 4 weekly flights starting from August. SunExpress flies to a total of 13 destinations from Izmir on domestic routes and is increasing its weekly flights from Izmir to Erzurum to 4 and Trabzon to 6.

SunExpress, an air bridge between Turkey and Europe, will continue to expand its flight plan and support Turkish tourism as travel restrictions imposed by the countries are being lifted.