Turkey is Among The Worst Countries for The Sustainable Expat 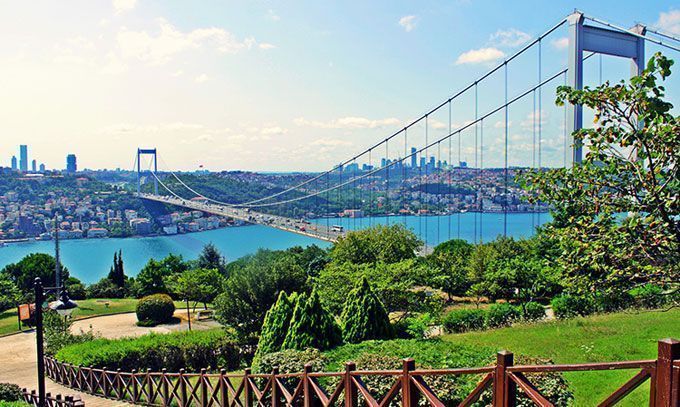 With climate and environmental issues on the rise, a new report revealed the best and worst countries for the sustainable expat.

In its first Environment & Sustainability Report, InterNations, the world’s largest expat community, identifies the best and worst countries for the sustainable expat.

The results, which are based on the Expat Insider 2020 survey, reveal that Finland, Sweden, Norway, Austria, and Switzerland excel at offering a sustainable environment.

At the other end of the ranking, India, Kuwait, Egypt, Indonesia, and Vietnam have rated the worst countries for the sustainable expat. 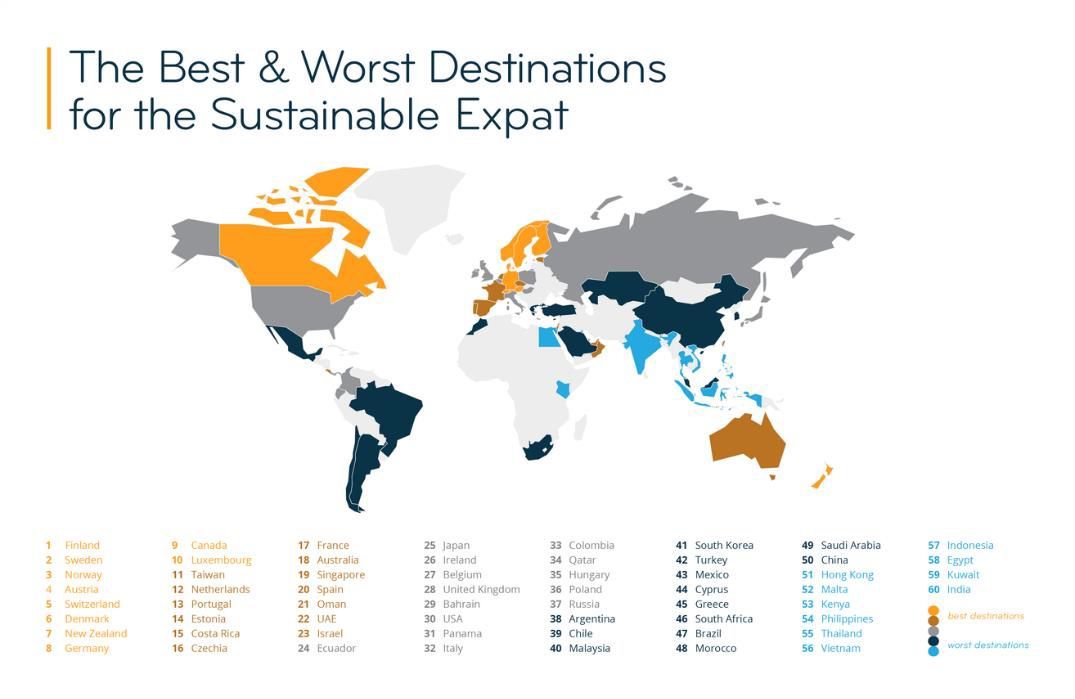 Turkey ranks 42nd out of 60 destinations.

The Environment & Sustainability Ranking is based on eight individual factors, such as expats’ satisfaction with the availability of green goods and services and air quality. It also includes their perception of how much the government supports policies to protect the environment and how interested the local population is when it comes to environmental issues.

Turkey comes in at 42nd place overall in the Environment & Sustainability Ranking. It ranks 36th worldwide in the Quality of Environment subcategory, with the respondents expressing slightly below-average satisfaction with the respective rating factors. Almost four in five expats (78%) rate the natural environment positively (vs. 82% globally), but just three in five (59%) are happy with the local air quality (vs. 62% globally).

The country comes in at 43rd place out of 60 in the Products & Utilities subcategory, with only 42% of expats rating the waste management and recycling efforts positively. This is 18 percentage points below the global average (60%). A Canadian expat specifically mentions that he does not like the “traffic, pollution, and lack of recycling” in Turkey. Additionally, about three in ten respondents (31%) are not satisfied with the availability of green goods and services (vs. 21% globally), and fewer than half of them (47%) are happy with the country’s energy supply (vs. 62% globally).

In the survey respondents’ opinion, neither politicians nor the people seem to worry much about this:
just one in three expats (33%) thinks that the Turkish government supports policies to protect the environment (vs. 55% globally), and 42% say that the population is not very interested in environmental issues either (vs. 30% globally).

This results in a low 46th rank for Turkey in the Policies & People subcategory.

To find out more about the other 59 destinations featured in the survey, please take a look at the survey report here.