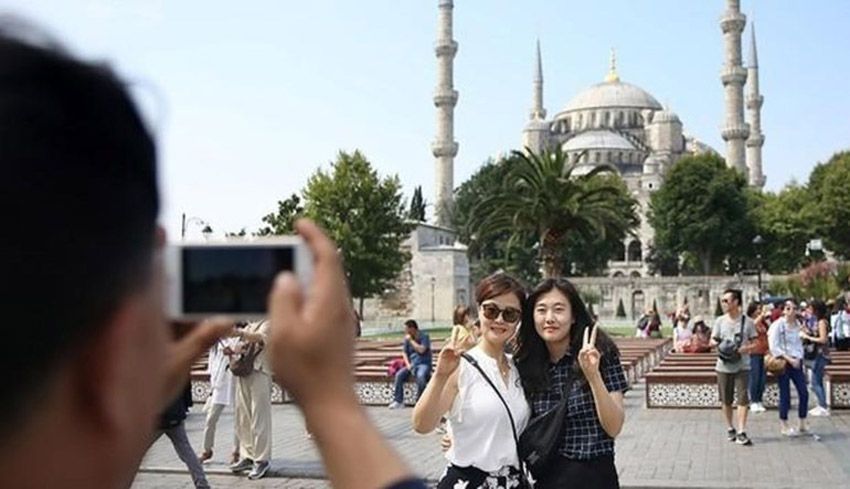 Turkiye's total tourism income increased by 122.4% percent, year-on-year, reaching $5.4 billion in the first quarter of 2022, according to the Turkish Statistical Institute (TurkStat) on Friday.

Turkiye welcomed more than 6 million tourists in the January-March period, an increase of 148.1% compared to the same period last year.

"While 76.6% of visitors were foreign nationals with nearly 5 million, 23.4% were Turkish citizens resident abroad with 1.5 million persons," it said.

In this quarter, foreign visitors visited Turkiye mostly for "travel, entertainment, sportive and cultural activities" with 52.1%.

Tourism expenditure also increased by 181.3% compared to the same quarter of last year and reached $665 million.

The number of Turkish citizens who visited abroad increased by 269.6% to 1.03 million during the same period with average expenditure was $640 per capita.