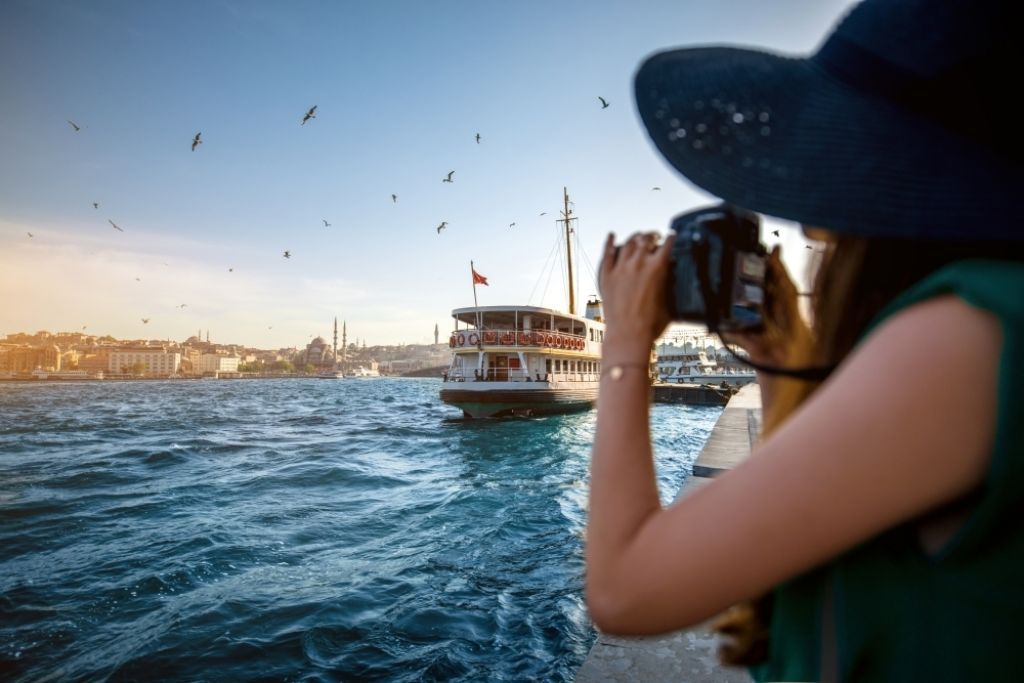 Compared to last July’s figure of 1.1 million, foreign visitors surged by 56%, with 1.7 million coming by air to the city and 28,827 by sea, according to Istanbul Provincial Culture and Tourism Directorate data released Wednesday.

Compared to the same period last year, the number of arrivals by air shot up by over half, while those arriving by sea skyrocketed nearly 900%.

Istanbul also welcomed nearly 40% of all foreign visitors in the country, or 8.5 million, in the first seven months of the year

Istanbul hosted some one-third of the total visitors who visited the country in the first seven months of the year.

This April-June, Türkiye's tourism revenues surged 190% from a year earlier to $8.72 billion, said data from the Turkish Statistical Institute (TurkStat).

Culture and Tourism Minister Mehmet Ersoy had previously said Türkiye is aiming for $37 billion in tourism revenues and 47 million tourists this year, raising its earlier targets of $35 billion and 45 million arrivals.