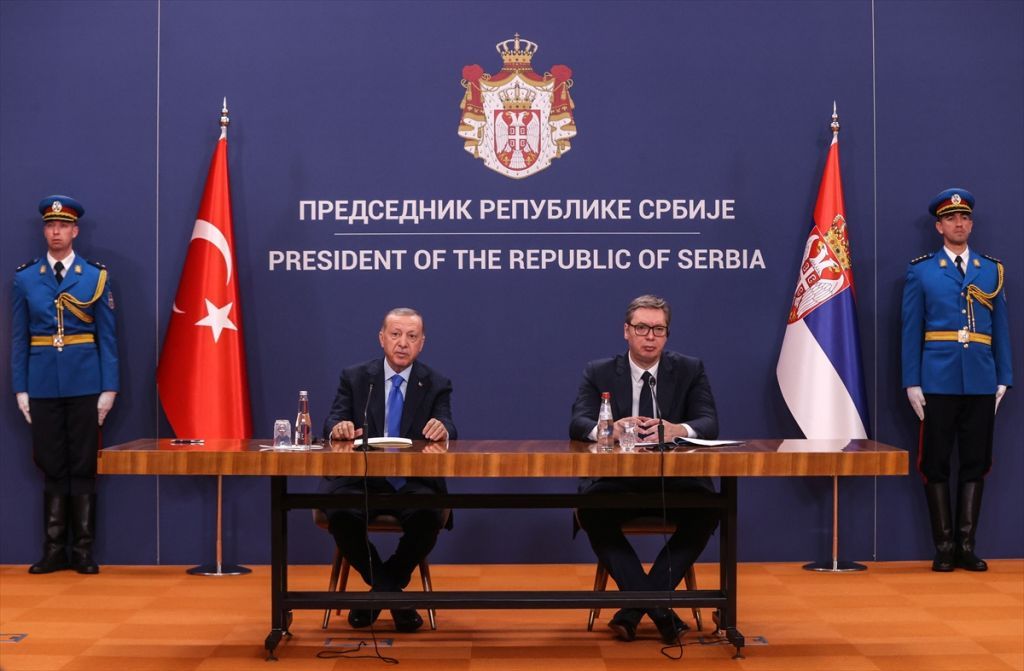 Turkiye and Serbia will launch passport-free travel and Erdogan said that he expects an increase in the number of tourists from Serbia visiting Turkiye this year.

Erdogan added that the arrivals will surpass 300 thousand for the first time.

Under a new deal for passport-free travel, the Turkish president said on Wednesday that he expects Serbian tourists visiting Turkiye to set a new record.

During Erdogan’s visit, Turkiye and Serbia signed seven agreements in such areas as the economy, industry, and technology, including a protocol allowing passport-free travel for nationals on both sides.

Erdogan said the deal will help propel bilateral relations to the next level.

"Our investments in Serbia have made a leap in the last decade, from $1 million to $400 million. The number of our companies in Serbia now tops 1,300," the president said.

He added that Turkish companies have a business volume of approximately $847 million in Serbia, with 50 projects in various regions.

He said that Turkiye's door is open to Serbian entrepreneurs who want to invest in the country.