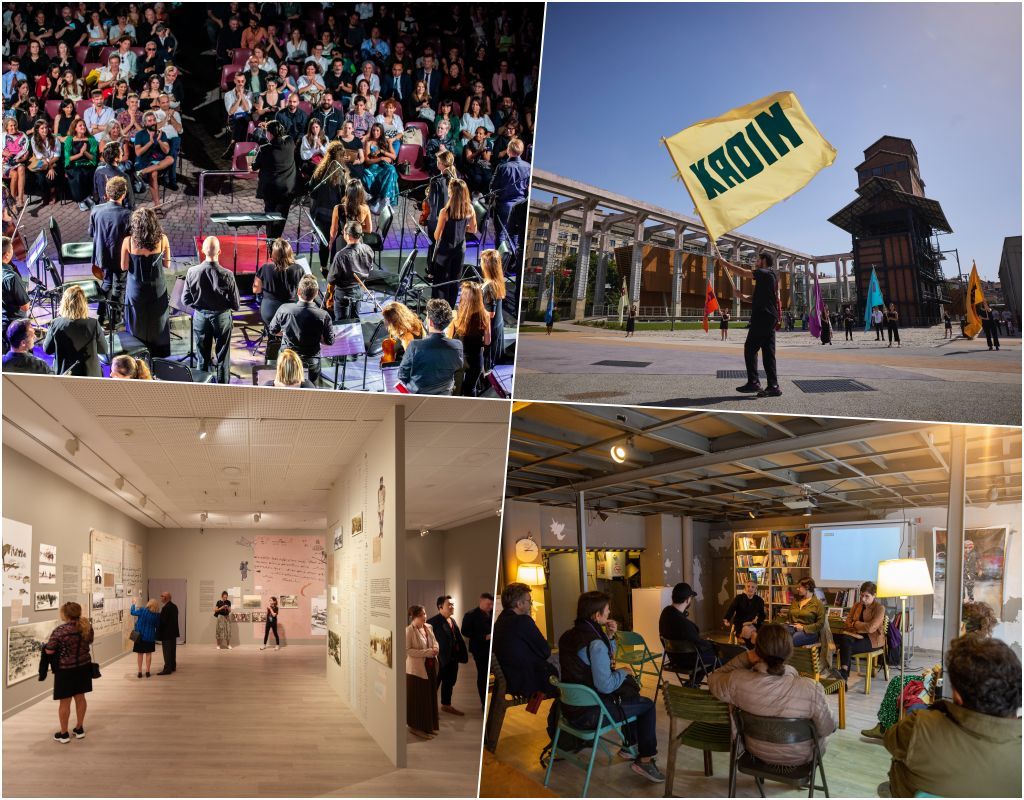 The 17th Istanbul Biennial, organised by the Istanbul Foundation for Culture and Arts (İKSV) and supported by the 2007–2036 Biennial Sponsor Koç Holding, came to a close on Sunday, 20 November 2022.

The biennial was visited by close to 500,000 people in 9 weeks as of 17 September, the day it had opened its doors to the public.

Acting as a host across the city, the biennial spanned 12 exhibition venues that are diverse in nature in the Zeytinburnu, Kadıköy, Fatih and Beyoğlu districts, as well as bookstores, second-hand booksellers, cafés, restaurants, metro stops and a radio station.

Directed by Bige Örer and curated by Ute Meta Bauer, Amar Kanwar and David Teh, this edition brought together people and processes in a gathering of 55 projects by over 500 contributors including artists, thinkers, writers, poets, puppeteers, researchers, environmentalists, architects, radio hosts, fisherfolk, buffalo herders, activists, conductors, ethnomusicologists, ornithologists and many others.

Close to 250 free activities, where the biennial hosted participants from various disciplines such as researchers, artists, thinkers, musicians, puppeteers, comedians and poets, were an integral part of the biennial.

The public programme of the biennial was coordinated by Zeyno Pekünlü.

For global audiences, Radyo Bienal has engaged Turkish-speaking communities with a 26-episode weekly programme hosted by Açık Radyo (Open Radio), an independent and egalitarian terrestrial radio channel, as well as featuring an English podcast series that can be listened to on Spotify, Apple Podcasts and Google Podcasts.

The biennial reached more than 3,000 children and young people with many different activities from bird observations to artist workshops.
Free workshops were organised for different age groups at the Pera Museum with the support of Koç Holding throughout the biennial.
Stroller tours were also offered to parents and caregivers who visited the biennial with their infants at Müze Gazhane.

What Are The Birds Thinking?

Within the scope of the biennial, the project titled “What Are The Birds Thinking?” invited children and accompanying adults to lift their heads up and think about birds. The project, realised by the Istanbul Biennial and İKSV Alt Kat, was a collaboration between Education Reform Initiative (ERG), Hisar Schools, Teachers Network and Suna and İnan Kıraç Foundation Pera Museum Learning Programmes and Today at Apple. The answers and observations by children in text, painting, photograph, audio or video formats are now available to view on the project's website.

During the biennial, İKSV Alt Kat organised activities for children between the ages of 7-9 at Küçük Mustafa Paşa Hammam with the cooperation of the Istanbul Biennial and the project partner Vuslat Foundation. Based on the work of the sound artist and composer Tarek Atoui, the workshops were designed and conducted by Atölye Pikolo.