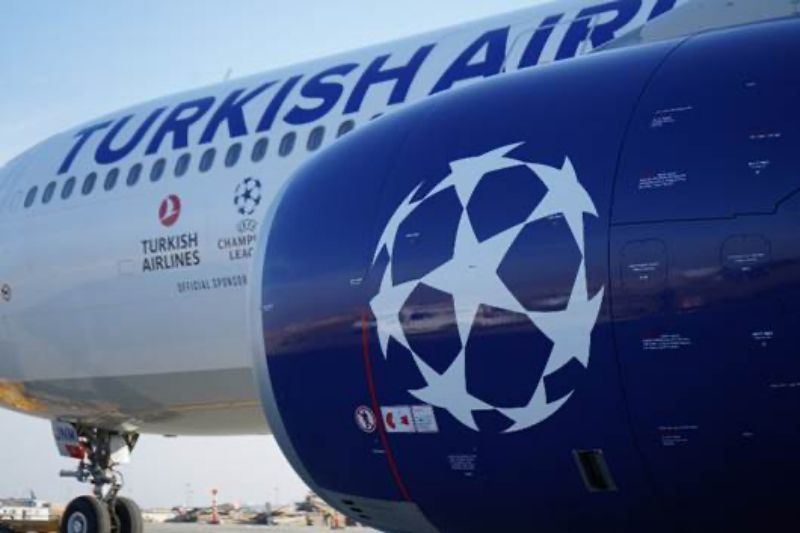 Turkish Airlines redesigned one of its Airbus A330’s to honor the UEFA Champions League which will host its 2023 final in Istanbul.

Featuring its TC-JNM tail number, the UEFA Champions League-themed aircraft flew for the first time after its new makeover on January 1st during flight TK1821 from Istanbul Airport to Paris.

Turkish Airlines Chairman of the Board and the Executive Committee Prof. Dr. Ahmet Bolat stated: “We will host the 2023 finale of the UEFA Champions League in İstanbul as one of its official sponsors. We are pleased to be a part of this important event which will also take place during the 100th year of our Republic. As this is one of the most significant sponsorships of Turkish sports history, our aircraft with the UEFA Champions League theme is a testament to our commitment to sports.”

Soaring through the skies, the aircraft’s application of its UEFA Champions League theme was completed by Turkish Technic in four days.