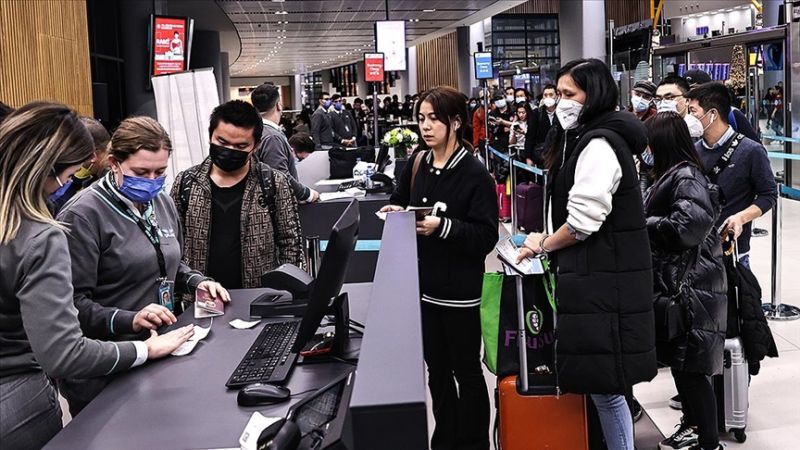 After China lifted the border control measures on Jan. 8, the first flight from Istanbul landed at China’s Guangzhou Airport with 240 passengers.

Following the end of the quarantine measures placed since March 2020, the first international flights from several countries landed in China on Jan. 8.

Chinese airline company China Southern Airlines operated the first flight from Istanbul to Guangzhou with 240 passengers who were served with chocolates during a ceremony held at the airport’s boarding lounge.

Speaking at the ceremony, Wen Demei, the China Southern Airlines' Türkiye general manager, expressed his satisfaction with the flight from Istanbul to Guangzhou.

Demei said Türkiye was one of the most important tourism destinations for Chinese tourists before the pandemic.

“As China's largest airline company, we want to act as a bridge between China and Türkiye,” he added.