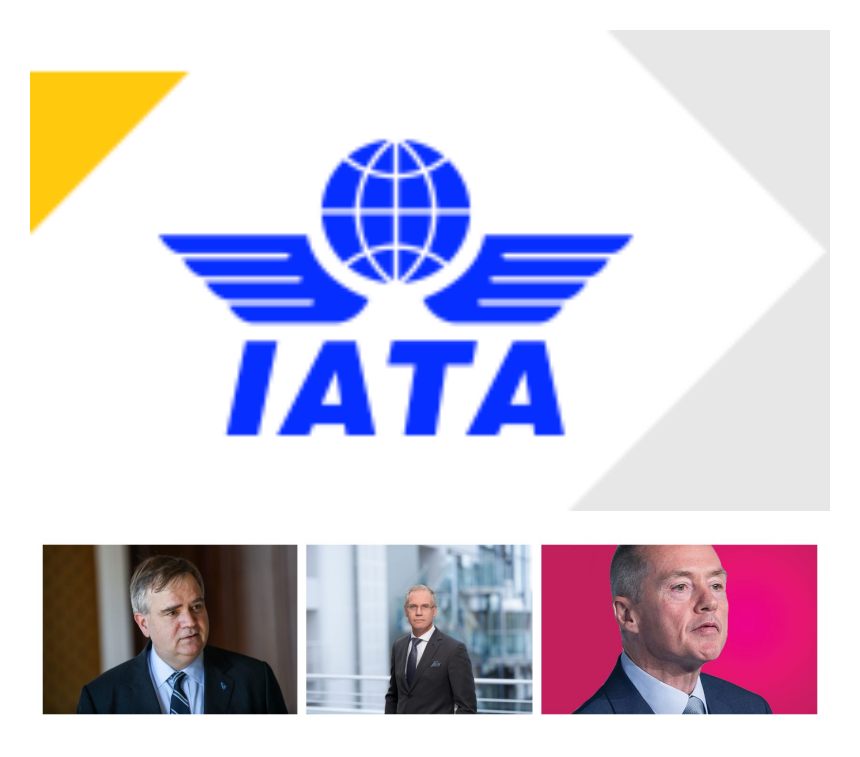 Robin Hayes, CEO of JetBlue is now the Chair of the IATA Board of Governors (BoG), succeeding Carsten Spohr, Chair IATA BoG (2019-2020) and CEO of Lufthansa. Hayes will serve a term commencing immediately and ending at the conclusion of the Association’s 78th Annual General Meeting to be held in 2022.  Hayes will serve an extended term as Chair covering two AGMs due the disruption to governance cycles necessitated by the COVID-19 crisis.

Willie Walsh, former CEO of International Airlines Group (IAG) will become IATA’s 8th Director General from 1 April 2021. He will succeed Alexandre de Juniac, who has led IATA since 2016 and who will step down from IATA at the end of March 2021.

“I am pleased to be ending my term as Chair of the IATA BoG with strong leadership in place to see IATA through the crisis and lead the industry towards recovery. I thank all the members of the BoG and Alexandre for their support over the 18 months that I have served as BoG Chair—particularly during the crisis period. That support enabled extraordinary efforts by IATA during the crisis. Those efforts have made our association even more relevant. With today’s leadership announcements we can be assured that IATA remains in good hands. Robin will be a strong leader for the BoG. I am confident that Alexandre will continue to be an authoritative voice for the industry as he completes his term as Director General and CEO. And Willie will take up the mantle from April with the fierce leadership determination for which he is well-known,” said Spohr.

“The expectations for IATA’s leadership are high. Managing through the crisis is, of course, at the top of the agenda. We must safely re-open borders and build back the vital global connectivity that has been lost in this crisis. There is a great expectation for aviation’s role in the global distribution of a vaccines when they are ready.  Safely re-starting large parts of the industry after months of being grounded is a challenge that will require IATA to work with governments globally. And, in additional COVID-19 related work, we have a clear mandate to meet our 2050 goal to cut net aviation emissions to half 2005 levels; and to explore pathways to net zero globally. I look forward to driving these priorities forward with the support of Alexandre, Willie, the BoG and all our members,” said Hayes.

Hayes was named president of JetBlue in 2014 and appointed CEO in 2015, a position that also encompasses subsidiaries JetBlue Technology Ventures and JetBlue Travel Products. He joined JetBlue in 2008 as Executive Vice President and Chief Commercial Officer after a 19-year career with British Airways.

“These next months will be critical. There is much work to be done to re-open borders with testing. And we are making preparations for the eventual global distribution of vaccines. I look forward to working with Robin to move as far as we can on these and other critical IATA projects before handing over to Willie during March. In the meantime, I congratulate Willie on his appointment, and I thank Carsten and the other Board members for their support during my time at IATA,” said de Juniac.

“I am honored by the confidence placed in me to take on the responsibilities of IATA Director General. Associations play a critical role in our industry and none is more important than IATA. It must be a forceful advocate for the industry—moving forward crisis recovery priorities, ensuring sustainability and helping airlines to survive by lowering costs, reducing taxes and eliminating regulatory blockers to success. Many of IATA’s services are essential for airlines to do business, including the settlement systems which in normal times handle about half the industry’s revenue—over $400 billion a year. And IATA’s industry standards are essential for safe and efficient global operations. The job of IATA Director General comes with great responsibility for an industry that is critical to the economic and social wellbeing of the world. I look forward to continuing the transformation started by Alexandre, making IATA an even more effective association that meets the needs of its members and exceeds their expectations,” said Walsh.