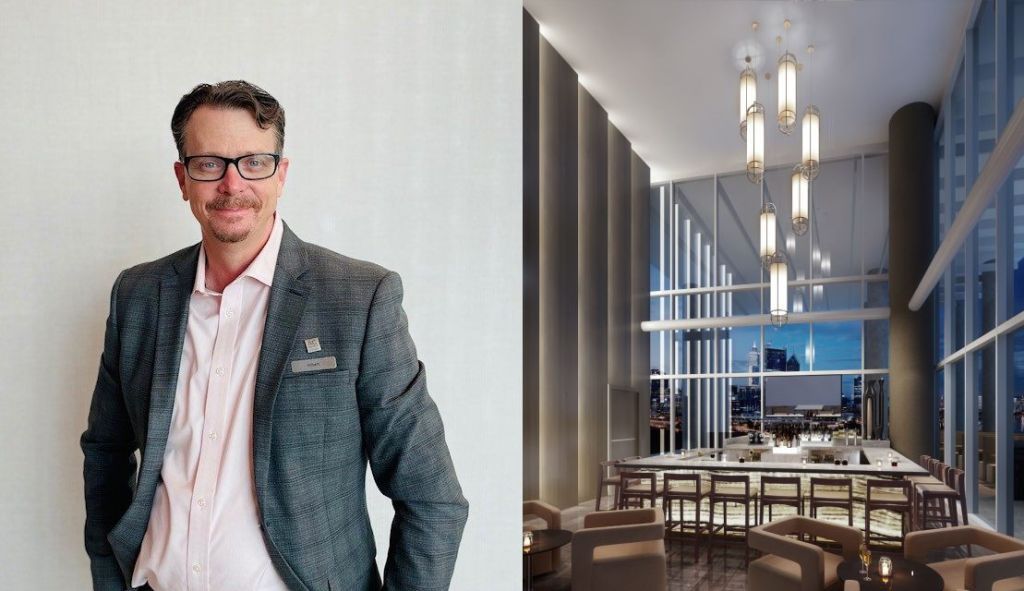 With plans to shake up the area’s cocktail scene, Mason joins the AC Hotel Orlando Downtown as the Director of Beverage & Food with more than 35 years of hospitality experience, 20 of those spent in the Central Florida region.

“My passion for using ingredients in new, artistic ways as well as developing innovative food & beverage techniques has driven my career over the past three decades,” says Mason.

“Having worked in Orlando for most of my life, my current aspirations include creating a B&F program entirely from scratch that has undeniable appeal for both guests and locals alike.”

Mason’s inventive B&F program for the new AC Hotel Orlando Downtown includes Spanish-style tapas, creative cocktails made with locally sourced and farm-fresh ingredients, and beers from nearby Tampa, Orlando, and South Florida brewers on draft. One of Mason’s signature creations known as “The Cloud” is inspired by the magic of Orlando and SkyBar’s rooftop location seemingly amongst the clouds. The unique libation includes Hendricks Gin and a white orb that when popped gently releases plumes of elderflower herbals. Mason will also oversee the property’s entertainment schedule that will eventually include a live DJ and Spanish guitarist.

Originally from the San Francisco Bay area, Mason started his career with a three-year apprenticeship under Italian master chef Ermes Paulin. Having ignited his passion for creative culinary concepts infused with global flavors, Mason was named Executive Chef of Vic Stewart’s Steak House in Walnut Creek, CA, followed by an Executive Chef position for California Café, a move that would eventually take Mason to “The City Beautiful.” Charged with opening California Café’s Orlando location, Mason discovered his knack for F&B operations, staff development and seasonal menu creation, which earned the restaurant a spot on Florida Trend’s list of top 20 restaurants in The Sunshine State.

Mason then joined The Kessler Collection in 2001 as the Executive Chef and Assistant Director of Food & Beverage.He opened The Grand Bohemian in Orlando and created the menu for The Boheme, eventually securing its status as a top-rated restaurant in Orlando. Having achieved such notoriety within the culinary community, Mason was invited to the prestigious James Beard House in New York City as a guest chef, which he calls a career-defining moment. On the heels of this, Mason was promoted to Corporate Executive Chef / Food & Beverage Director for The Kessler Collection in 2005, overseeing eight portfolio properties including six AAA Four-Diamond operations.

He further expanded his horizons upon taking a new role as Director of Food & Beverage for The Westin Imagine Orlando, driving the strategy for its award-winning restaurant, Fiorella’s Cucina Toscana. During his six-year tenure, Mason was acknowledged as a pioneer of Orlando’s culinary scene and inducted into the Orlando Fine Dining Hall of Fame. Recognized for his leadership, unrelenting drive and eclectic spin on F&B, Mason was hired in 2015 as the Director of Food and Beverage for Reunion Resort with responsibilities that included managing daily F&B operations, reimagining menus, improving revenue, and supervising nine meetings outlets.

Now ready to oversee the beverage and food program at the brand-new AC Hotel Orlando Downtown, including its signature SkyBar rooftop terrace, Mason is eager to translate his knowledge and experience into a lively cocktail program and provide strategic leadership for the hotel’s cocktail and culinary concepts.