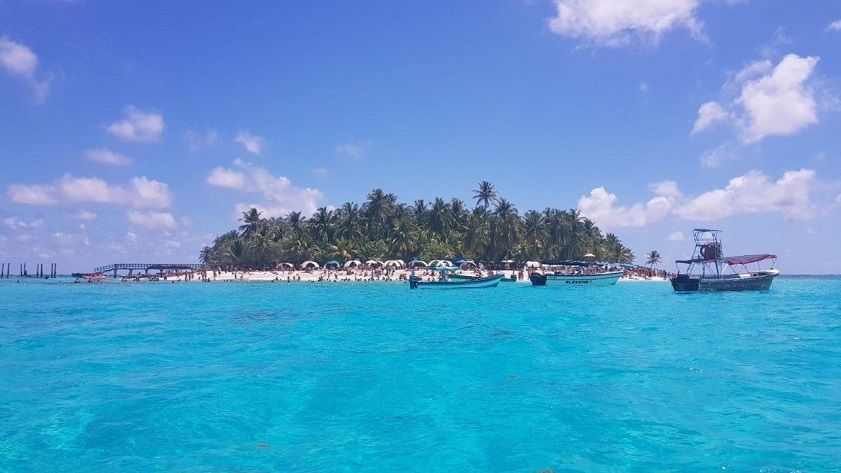 Blue Flag announced that Colombia won its first Blue Flag award whilst the United States Virgin Islands rejoined after the devastating effects of the Hurricane in 2017.

Today Blue Flag releases the results of the Blue Flag International Jury meeting for the Southern Hemisphere, sharing with you the highlights of this year’s evaluation.

During the International Jury’s meeting, 150 sites have been awarded the world’s leading tourism eco-label for the 2019-2020 Blue Flag season in the Southern Hemisphere. It represents 107 beaches, 22 marinas and 21 boats within the 7 countries running the Blue Flag programme in the Carribean, South America, Africa, and Southwest Pacific. This brings the total number of Blue Flag sites worldwide to 4573 in 47 countries. The full list of awarded sites has been published on the international Blue Flag website.

After several years of implementation of the Blue Flag criteria on its beaches, Colombia has seen its application approved for 4 of its sites by the International Blue Flag Jury. Moreover, 4 beaches and a marina have been awarded the Blue Flag in the United States Virgin Islands (USVI). Countries working towards implementing the prestigious Blue Flag include Cabo Verde, Chile and the Åland Islands (Finland). India has also been investing in obtaining the Blue Flag and currently has five pilot beaches working on receiving the award for 2020.

“We are extremely happy with the quality of work that the Colombian applicants have been putting towards obtaining the Blue Flag. It has been years of efforts, and we are proud to see Colombia has risen to the challenge. Argentina and Chile are also investing in the Blue Flag for their countries and this will strengthen our position in South America,” says Sophie Bachet Granados, International Director of the Blue Flag Programme.

Due to the devastating effects of the hurricanes in 2017, Trinidad and Tobago had lost their Blue Flags, and we are delighted that the US Virgin Islands have managed to rehabilitate its sites to fly the flag this season. Trinidad and Tobago is still working towards this goal.

Furthermore, as part of the candidates’ 2019 evaluation, best practices regarding accessibility have been reviewed and highly appreciated by the International Jury. Some of these year’s best practices will be featuring in our best practice database, which is freely available on our website for all.

The next meeting of the Blue Flag International Jury will take place on 21rst April 2020 in Copenhagen to award beaches, marinas, and boats from the Northern Hemisphere.