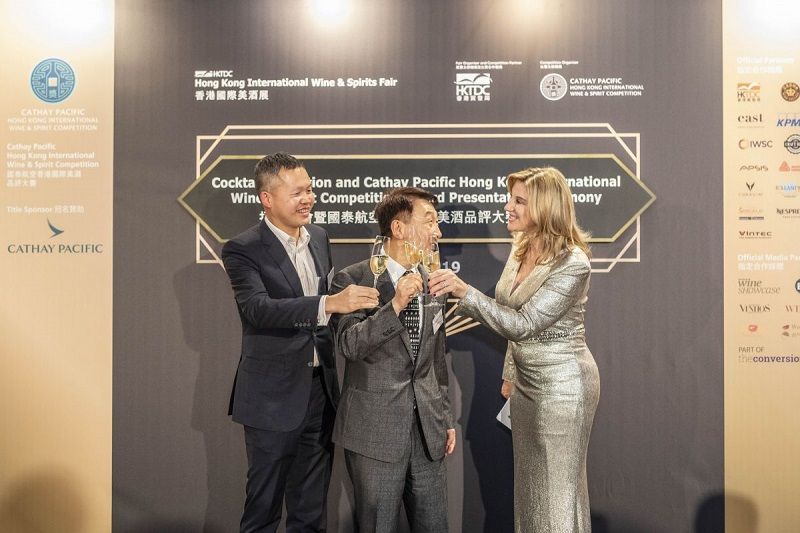 Full results of the 11th Cathay Pacific Hong Kong International Wine & Spirit Competition were announced. A total of 58 trophies were handed out to wine, spirit, sake and now beer producers from around the world.

On top of that, 120 gold medals were awarded, along with a 706 silver and 779 bronze medals. Competition’s Founding Director, Debra Meiburg, Master of Wine announced the winners.

Topping the trophy haul once again was Australia. Receiving 12 trophies, and a total of 450 medals (30 gold, 191 silver, 228 bronze and a green award), the Land Down Under proved once again it is on top of the wine world in Asia, and a key choice for Asian consumers and trade. Cool climate wines were hot, with emerging star regions Adelaide Hills and Tasmania scoring the highly sought-after Best White Wine From Australia (Shottesbrooke Single Vineyard Series 'Adelaide Hills' Chardonnay 2017) and Best Red Wine (Bream Creek Reserve Pinot Noir 2017, Tasmania) trophies.

Austria, a country that always performs well shone again this year, ranking second in the trophy tally, with five trophies. A surprise amongst them was its snagging for the Best Sauvignon Blanc trophy (Muster.Gamlitz Sauvignon Blanc Grubthal 2017) – the first time in the Competition’s 11-year history.

In a four-way tie for third position on the trophy table, China, New Zealand, USA and Hong Kong all took out four trophies each.

It is the first time Hong Kong has won a trophy in the awards, made possible by the introduction of the Beer Awards to the competition. Star performer was Young Master Brewery, taking three of a possible seven trophies for its Hak Mo Sheung Double Chocolate Stout, 1842 Island Imperial IPA and its Classic Pale Ale. Asia ruled in this category, with top medal winners Hong Kong scoring 47 medals, Vietnam 10 medals and South Korea nine medals.

A notable new trophy category in 2019 was Best Cava, Spain’s native sparkling wine, which is gaining popularity around the world signaling the growth in Asia’s the sparkling wine category beyond Champagne and Prosecco. The trophy was awarded to Gran Codorníu Chardonnay Reserva 2015 – a fitting choice, given Codorníu was the inventor of cava in the late 1800’s. Further evidence of the diversification of the sparkling wine industry, An English sparkling wine - Roebuck Estates Classic Cuvée Brut – took the Best Sparkling Wine trophy.

Scotland – usually dominant in the spirits trophies – saw a downturn in its trophy success this year, with England taking the upper hand taking out Best Whiskey/Whisky trophy with its Cotswolds Single Malt Whisky.

Also in is indigenous. The Best Indigenous Variety was awarded to an Austrian Zwiegelt. Additionally, the Best Wine from Japan was awarded to Yoichi Harvest Zweigelt Special Cuvee 2017.

The HK IWSC represents a true voice of Asia with 74 judges from 10 Asian cities sipping, debating and deliberating their way through thousands of glasses of samples to ensure an authentic pan-Asian voice on the very best international wines, sake, spirits and no beer for the Asian market.