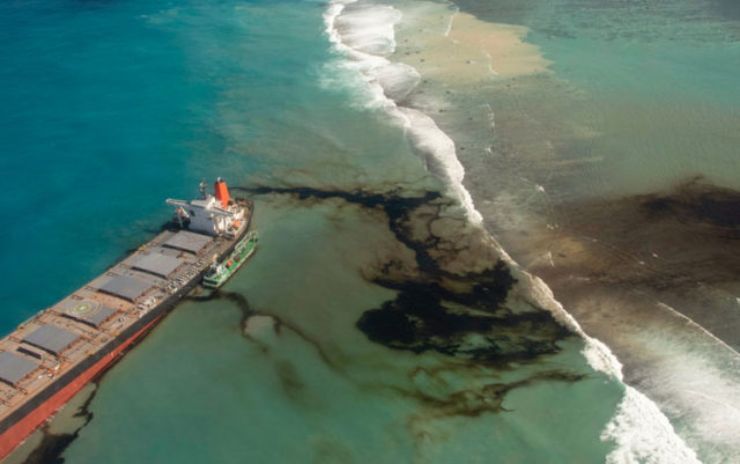 On the evening of Saturday 25th July, the Merchant Vessel Wakashio grounded on coral reefs of Mauritius.

The Japanese-owned ship carried an estimated 200 tons of diesel and 3,800 tons of heavy fuel oil onboard. The ship sat for over a week before cracks emerged in its hull. Fuel oil began to leak into the expansive blue lagoon outside the coastal village of Mahebourg. At least 1,000 tons of fuel oil are estimated to have been emptied into the lagoon already.

On August 7th, nearly two weeks after the shipwreck, the Mauritian government declared the incident a national emergency, with Mauritian Prime Minister Pravind Jugnauth warning the Country recently to brace for the worst.

The African Tourism Board (ATB) has expressed great concern about the unprecedented incident of a disastrous oil-spill in Mauritius. This accident will surely have a long-lasting environmental impact and the people of Mauritius are facing this situation at a time every country is dealing with a deadly pandemic that has brought their tourism sector to a standstill.

Alain St.Ange, the President of the ATB and Vice Chair of the Hope for Africa Project, said that the oil spill is a major regional disaster, posing dire risks for the Nation's economy, food security and health.

Cuthbert Ncube, Chair of ATB said, "The people of Mauritius however are an example to the world when it comes to resilience in keeping the virus off their shores." "There are times when countries should rally behind each other and come up with an African mechanism in quilling and dealing with such eventualities", ATB Chairman Cuthbert Ncube added. "We are ready to assist Mauritius. Also, we're applauding the people leading the travel and tourism industry in Mauritius in coming together in large numbers to respond to this unexpected additional crisis."

Mauritius is part of the Indian Ocean Vanilla Islands together with Seychelles, Madagascar, Reunion, Comoros and Mayotte. The African Tourism Board believes tourism to be a catalyst for unity, peace, growth, and prosperity for the people of Africa. It is an organization where Africa becomes One Tourist Destination of Choice in the World.