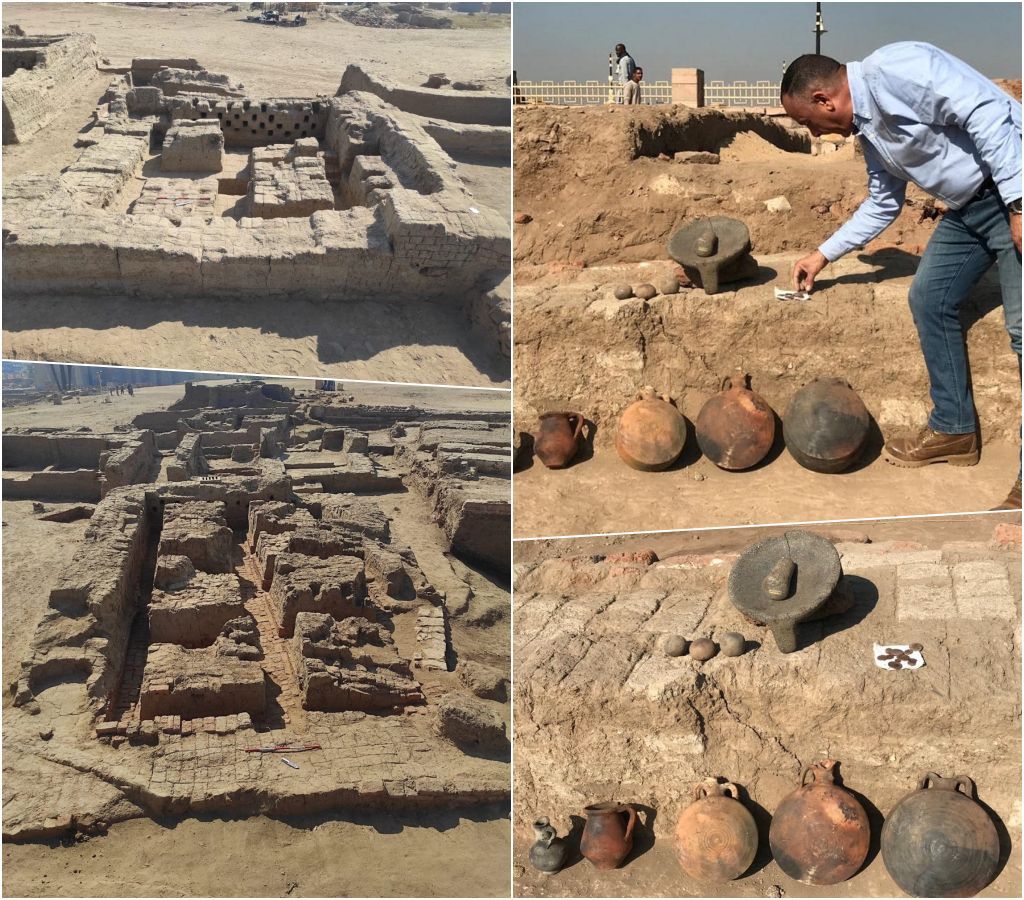 Egyptian archaeologists discovered a 1,800-year-old settlement dating back to the Roman period in the heart of the southern city of Luxor.

Egypt Tourism and Antiquities Ministry said the area, which is said to be an extension of the ancient city of Thebes, was recorded as “the most important and oldest settlement” on the east coast of Luxor Governorate.

Thebes, currently known as the city of Luxor, is considered one of the most important cities of ancient Egypt.

Archaeologists discovered a number of residential buildings, as well as two pigeon towers; used to house pigeons or doves, and a number of metal workshops.

Inside the workshops, researchers found a collection of pots, tools, and bronze and copper Roman coins.