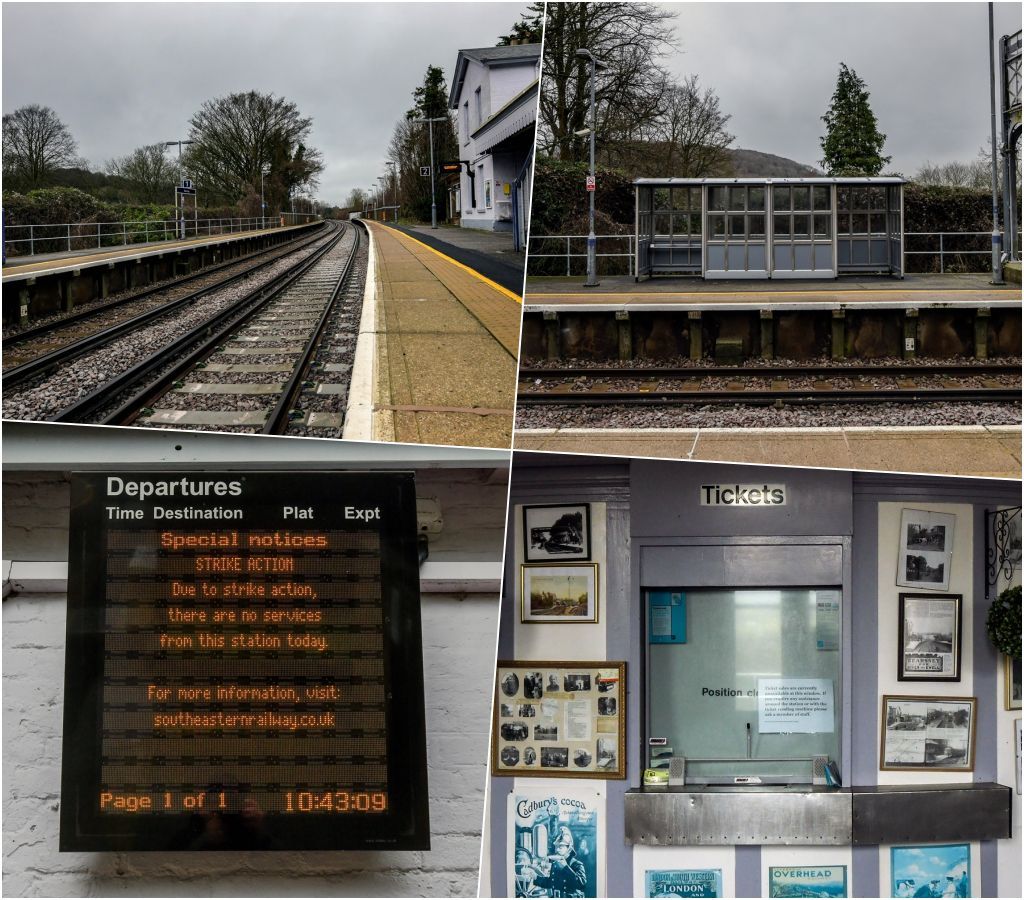 Railway workers on Wednesday, Jan. 4 gathered at picket lines across the UK as tens of thousands of members of the country's biggest rail union continues the strike on the second day.

Some 40,000 members of the Rail, Maritime and Transport (RMT) union at Network Rail and 14 train operators kicked off a 48-hour strike on Tuesday and Wednesday.

Tens of thousands of members of the UK’s biggest rail union walked out on Tuesday, the first day in a series of protests that is expected to cripple rail services and cause travel chaos across the country.

While rail services make daily announcements, urging passengers to only travel if necessary, workers are staging strikes at picket lines across the UK.

Among the striking workers at the line near the King's Cross & St Pancras station, a train manager who did not want to give his name, told Anadolu Agency that they will continue their action to negotiate a settlement that is fair for people.

He said strikes will continue "as long as it takes to make sure that we get a decent settlement for our workers."

They are fighting for the terms and conditions, he noted, saying he is worried that there could be many job losses.

"The terms of conditions that we currently have will be eroded and taken away," said the national railways manager, referring to the government's stance.

Protecting the jobs and removing the compulsory redundancies are among the main demands of the workers, added the RMT union member.

He also said they have not received a pay raise for the last three years although they were "key workers" during the COVID-19 pandemic.

Along with workers, some people are also attending the picket lines across the country to show solidarity with the strikers. Some of them joined the action by carrying banners that read: "Passengers support striking workers."

After a break on Thursday, another 48-hour strike will be staged by the RMT union on Friday and Saturday.